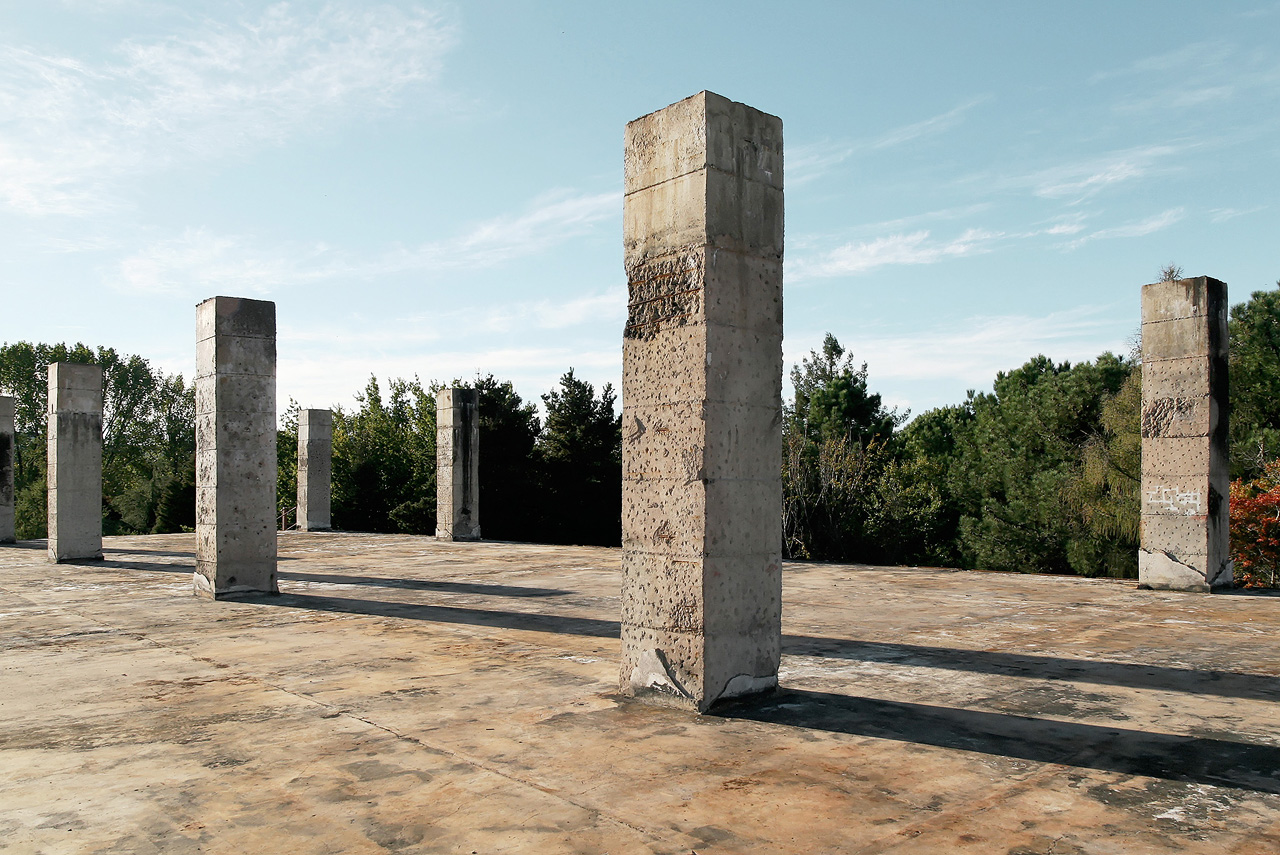 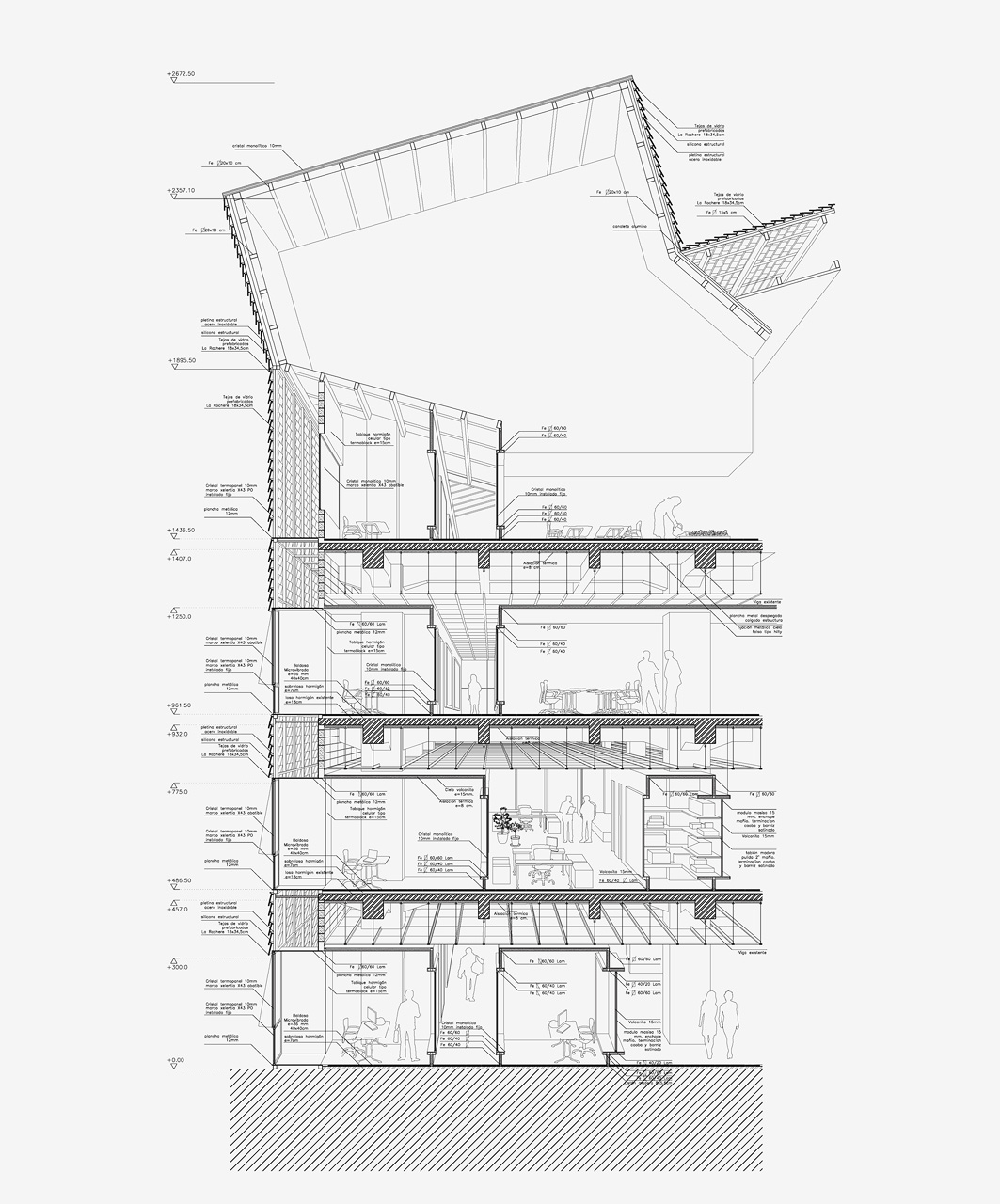 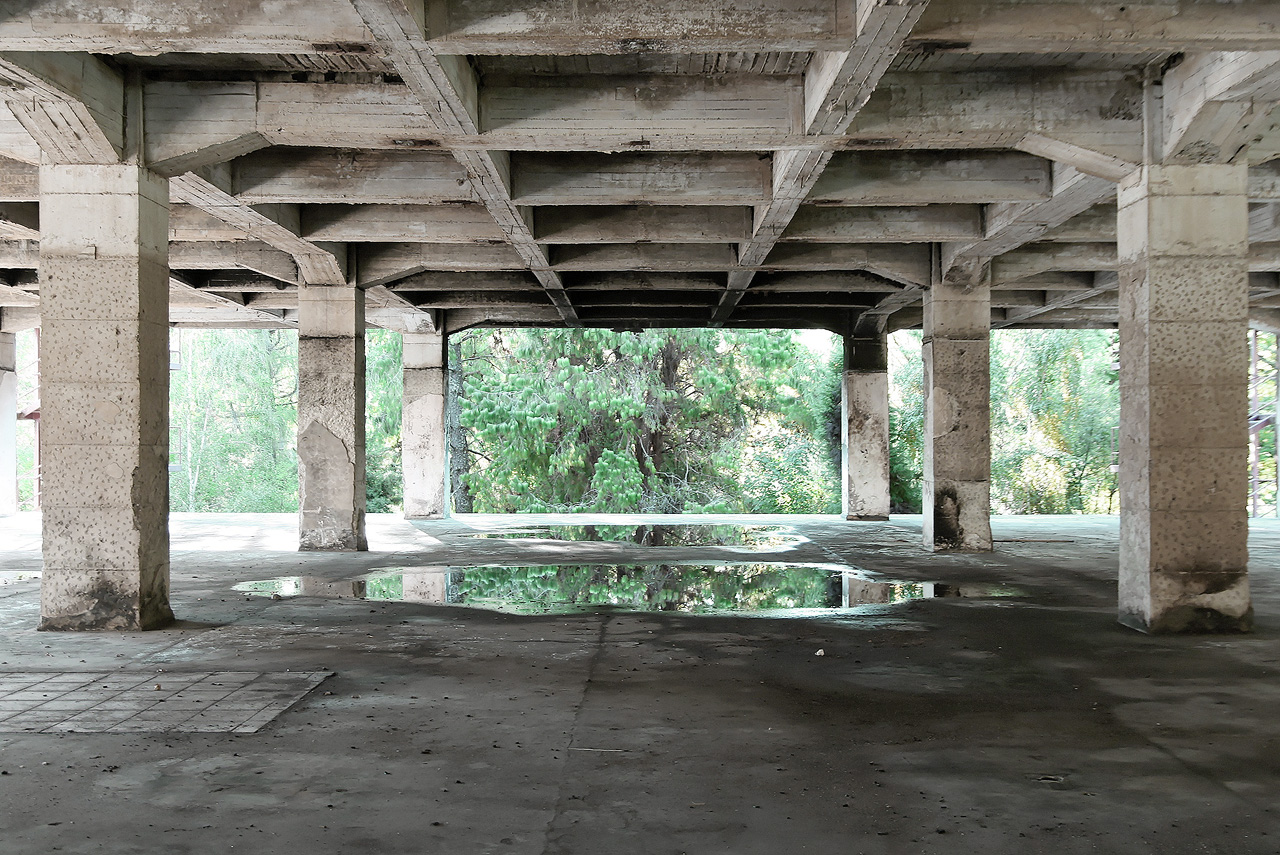 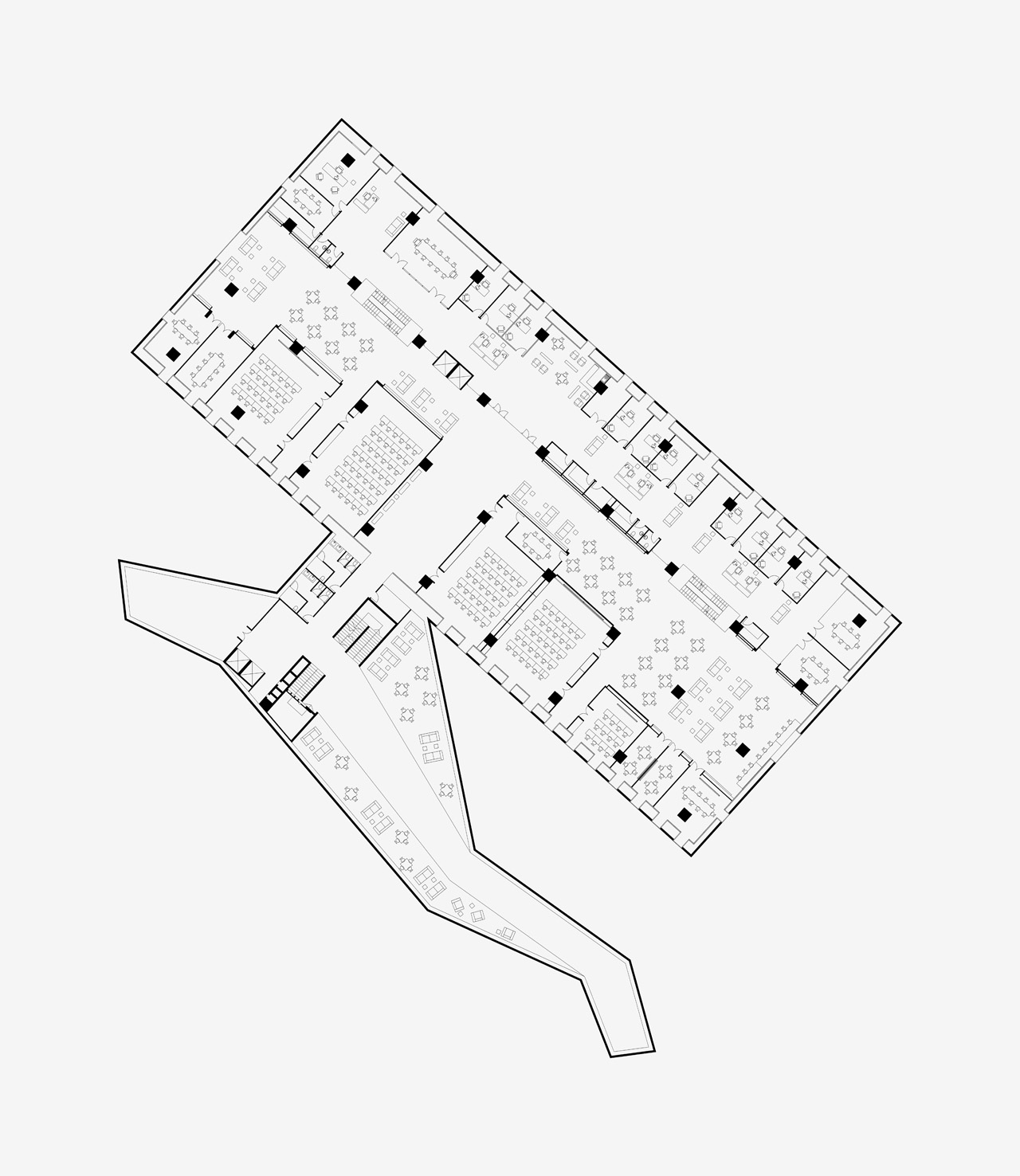 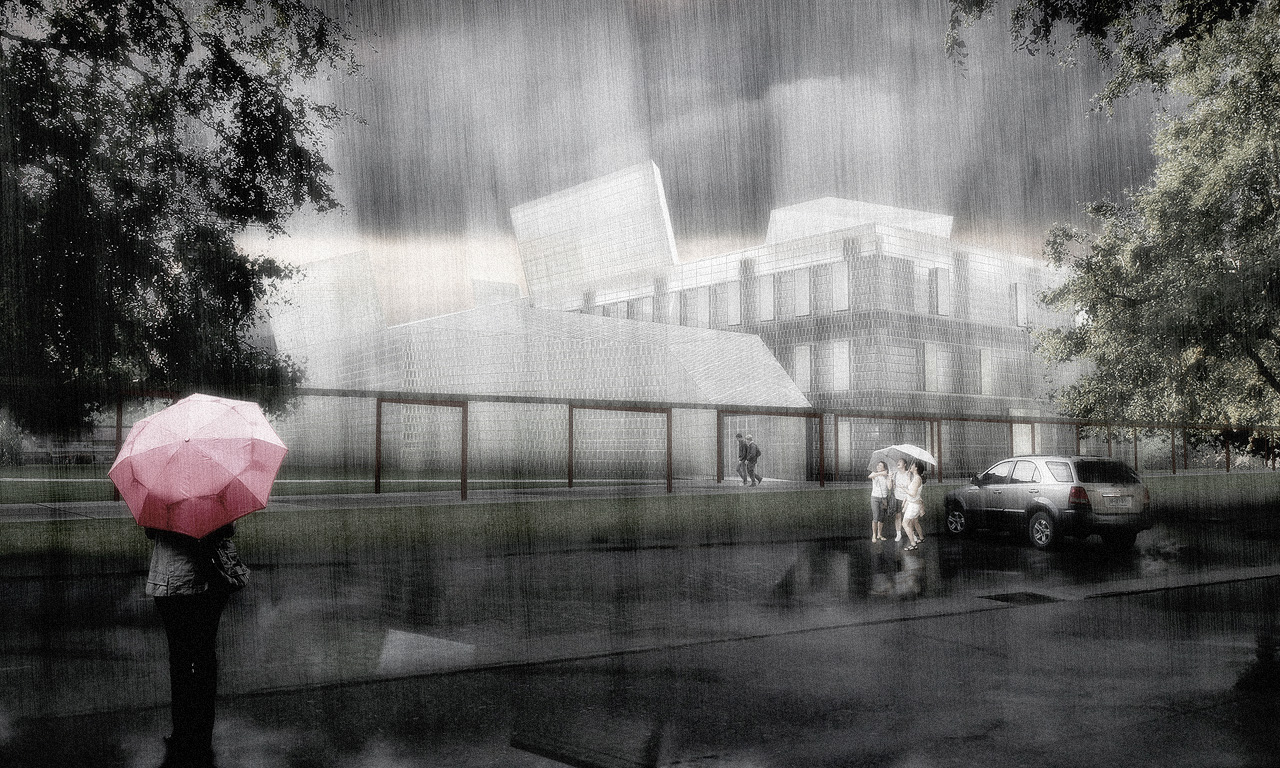 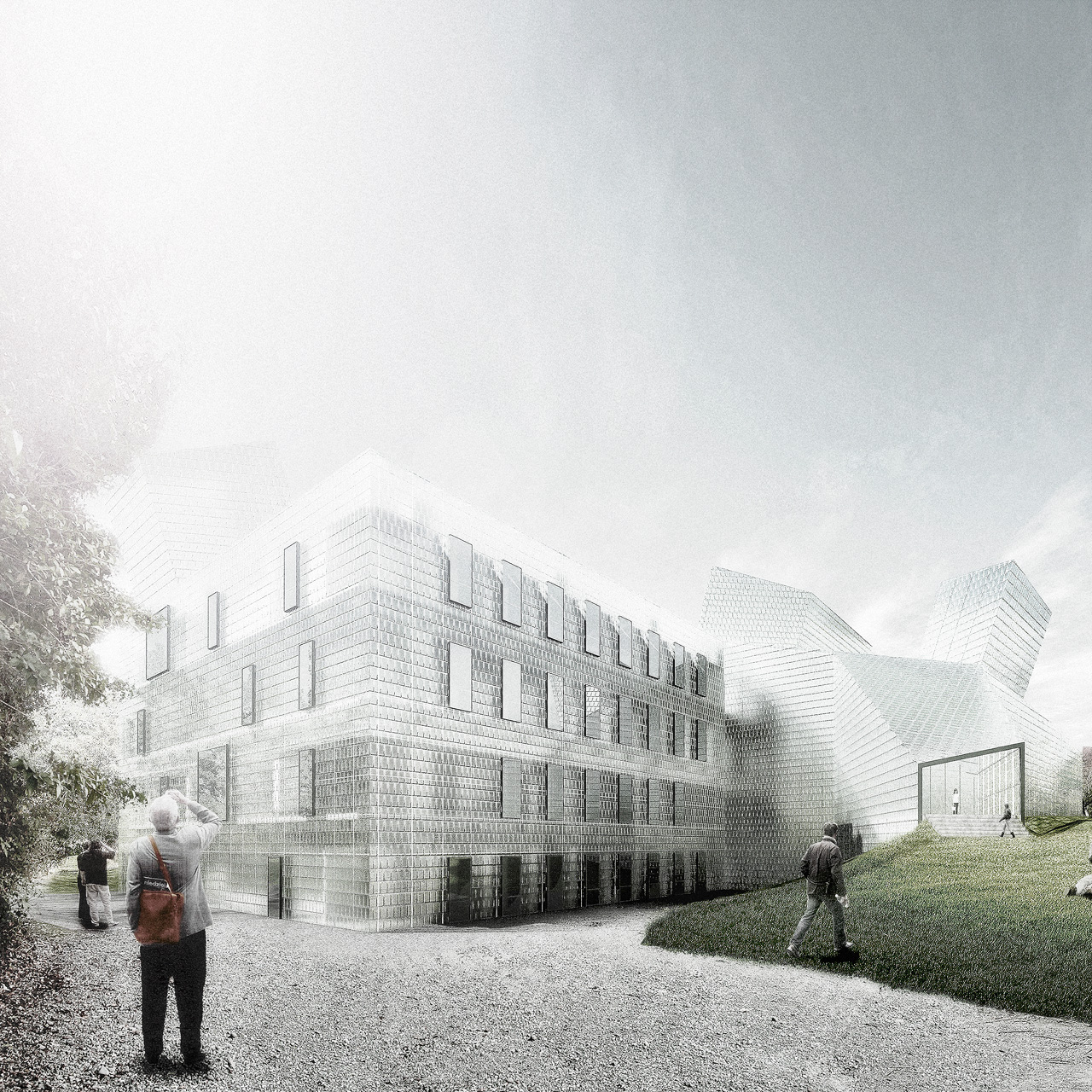 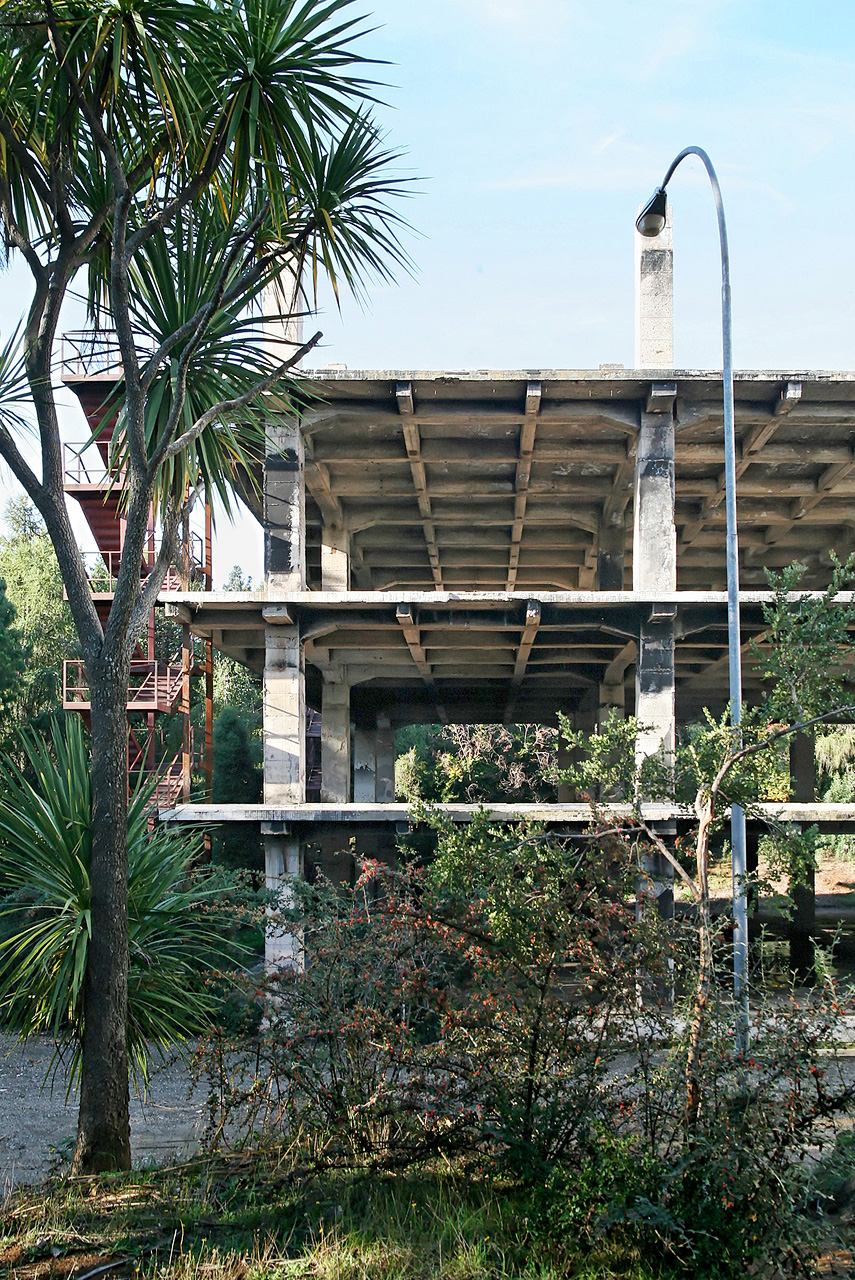 Located in Valdivia, in the lakes area, southern of Chile, this competition project (to design a university building) was unique in that it required the re-use of the concrete skeleton – sole remains – of a building which had been previously destroyed by fire in 2007.
The new building was to host a scientific program (including pharmacy, physics, chemistry, mathematics, biology and marine science) and also to especially to consider a new envelope for the building.

To bring light deep into the building and to intelligently regulate the temperature of the place, we proposed the use of two envelopes. The first (the outer shell) is comprised of continuous and translucent walls/roof which includes the adjacent building and outside circulations on the roof. It is made of glass tiles, industrially prefabricated and installed with a standard hanging system. The second, opaque wall acts as a thermal mass absorbent. The volume of interstitial air between these two layers functions as a Trombe wall, allowing an efficient thermal regulation.

Most of the public program is located on the second floor, including the administration area of the faculty, classrooms, PhD rooms, wifi zones and areas for undergraduate students. Institutes of marine science and biology are located on the third and fourth levels, while physics/mathematics sciences and medicine institutes are on the first level. Thus the private and public vertical circulation are separated.