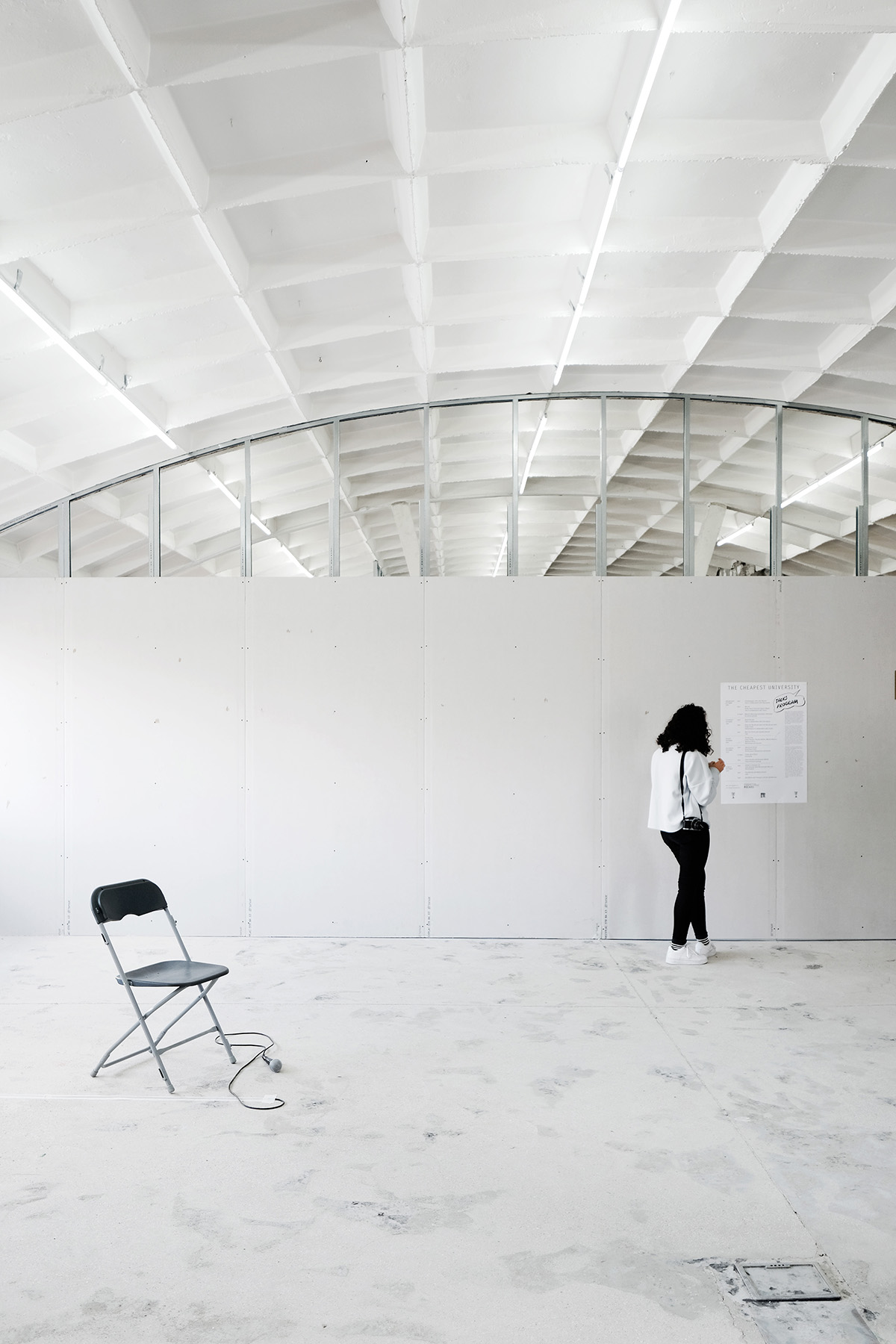 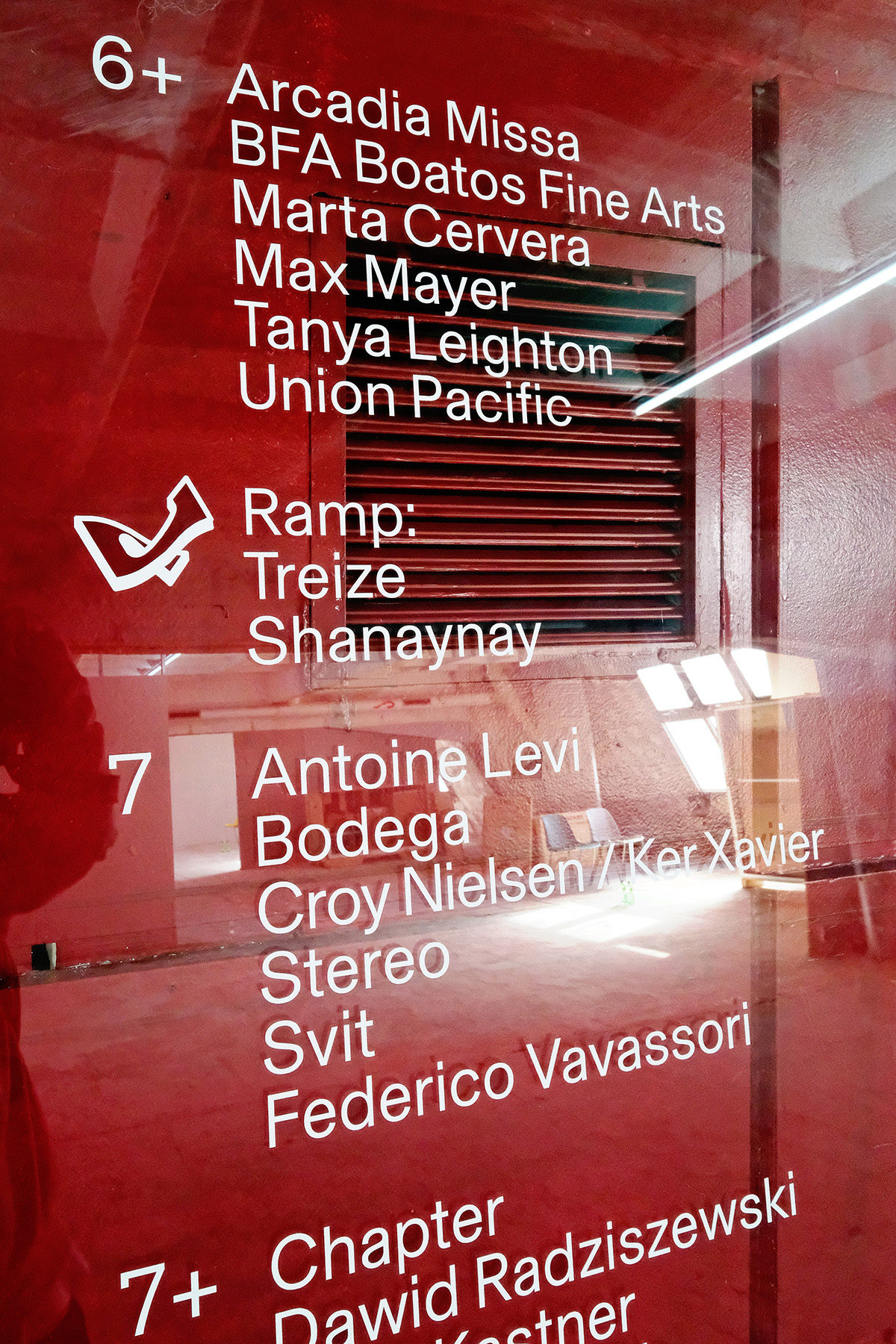 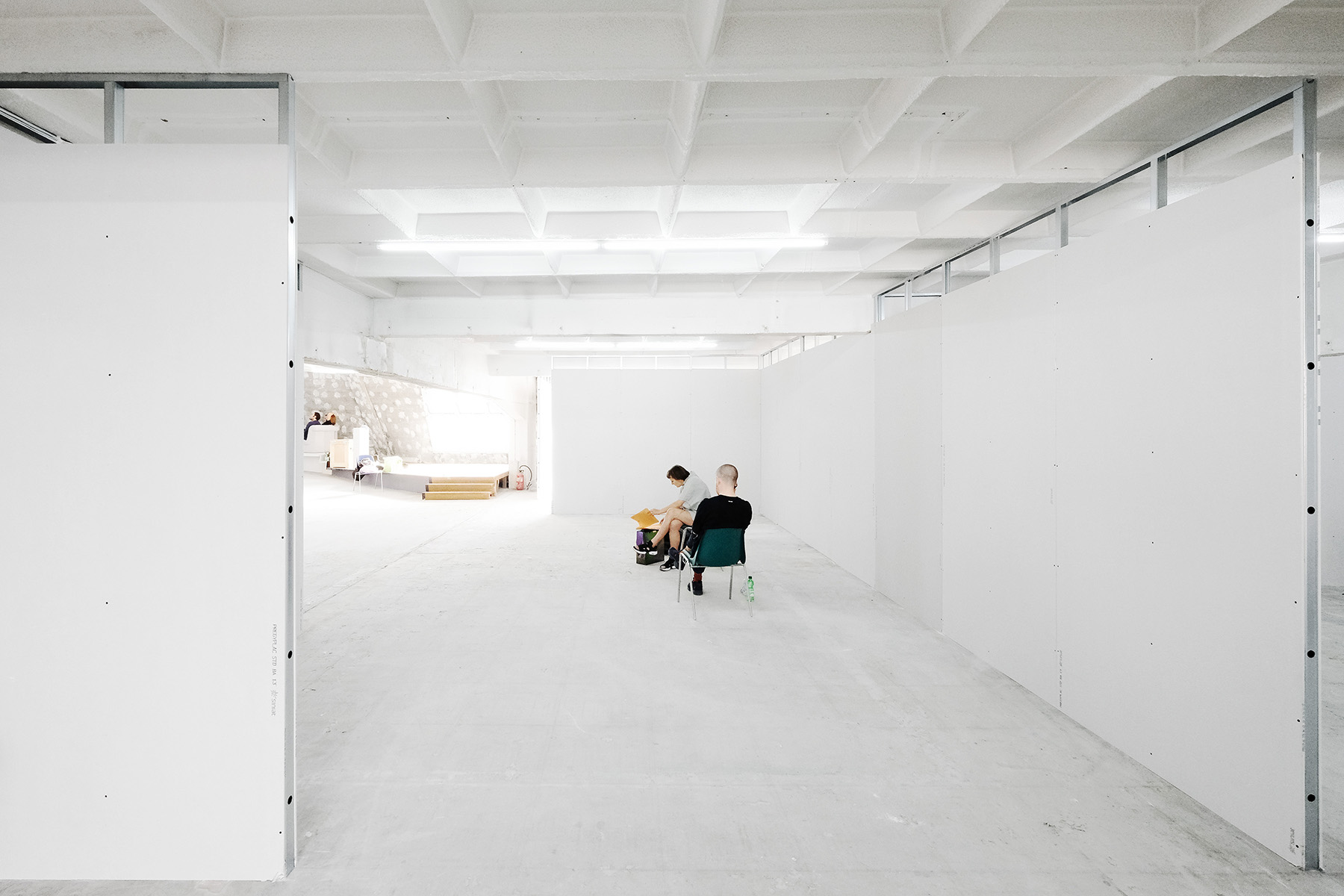 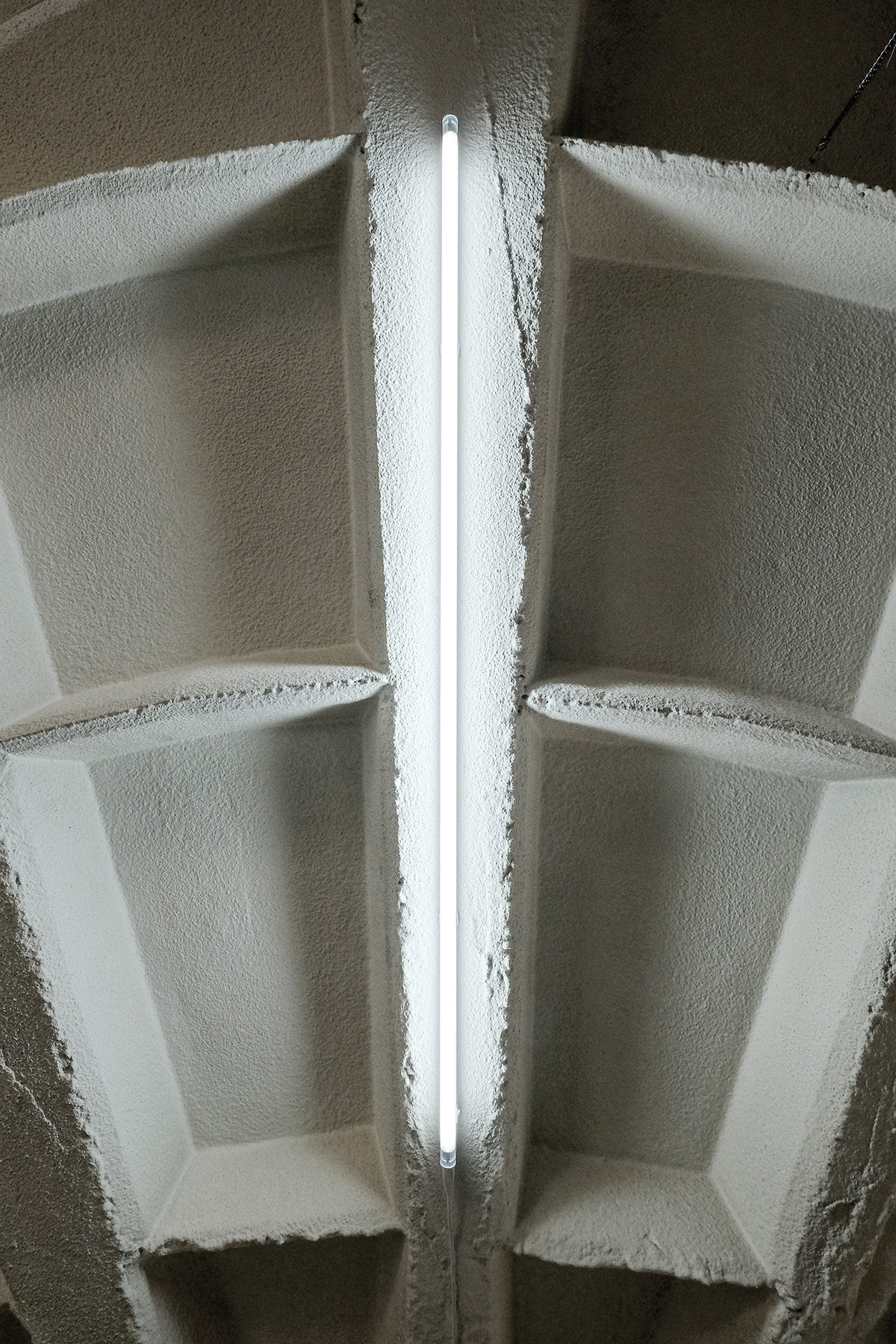 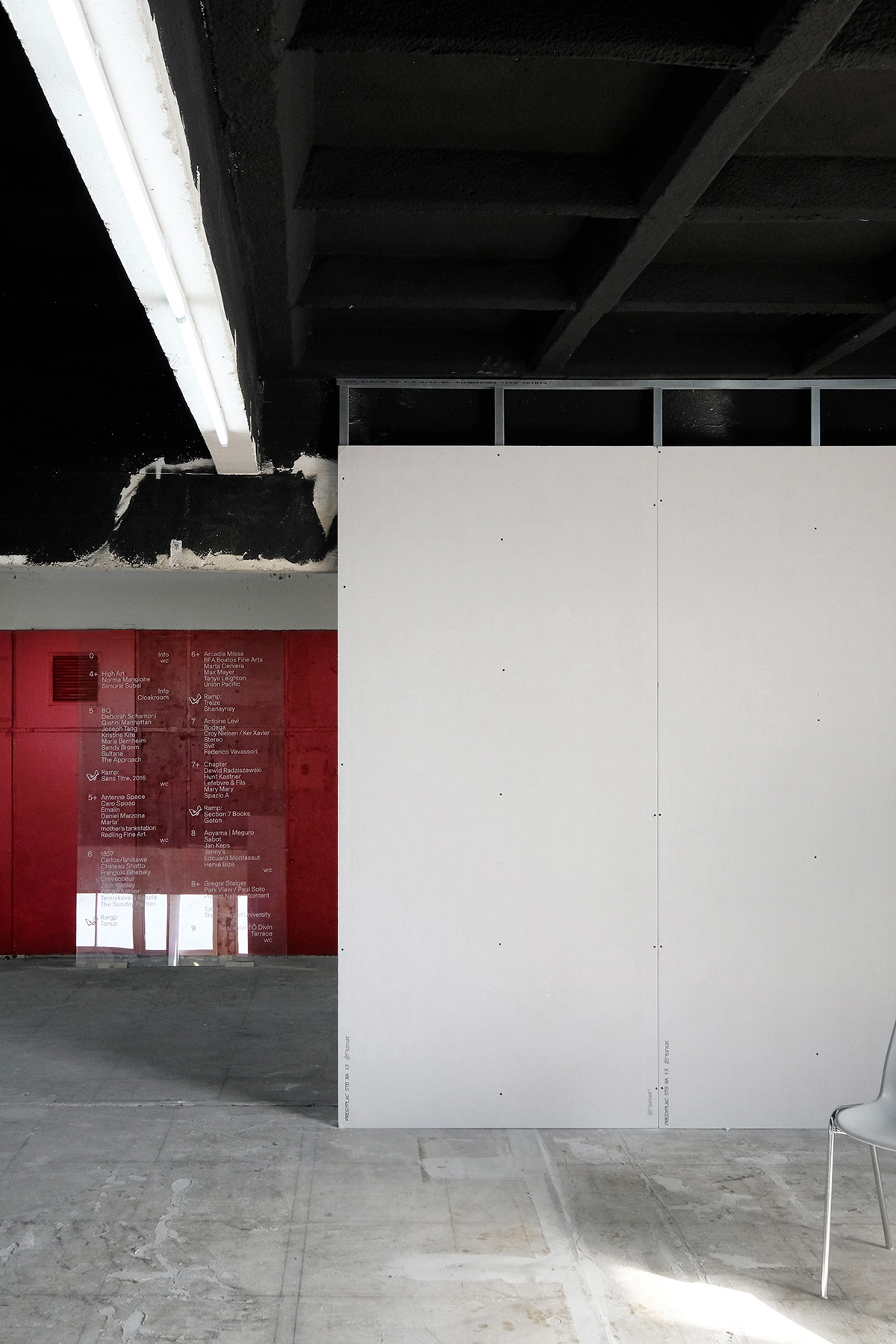 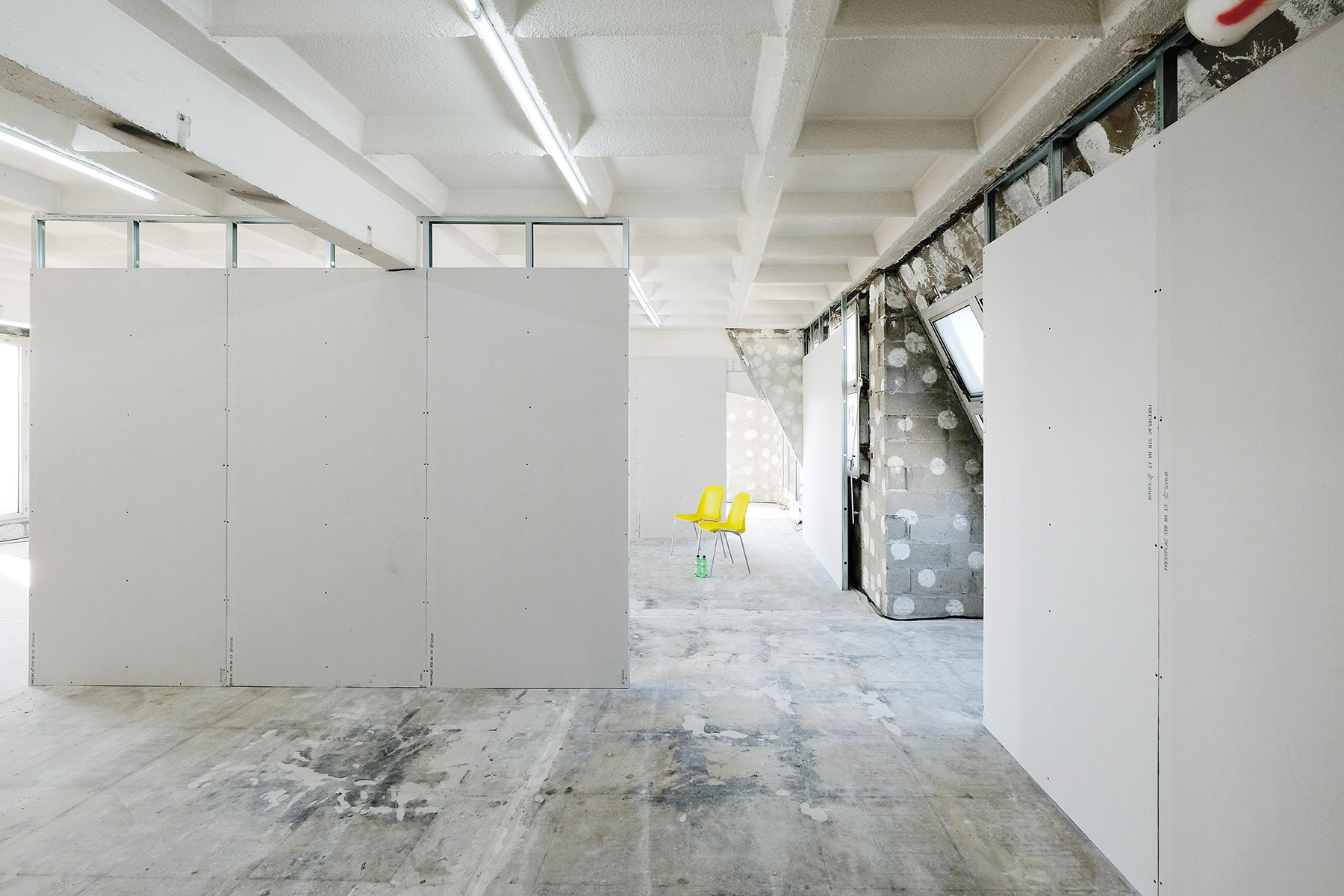 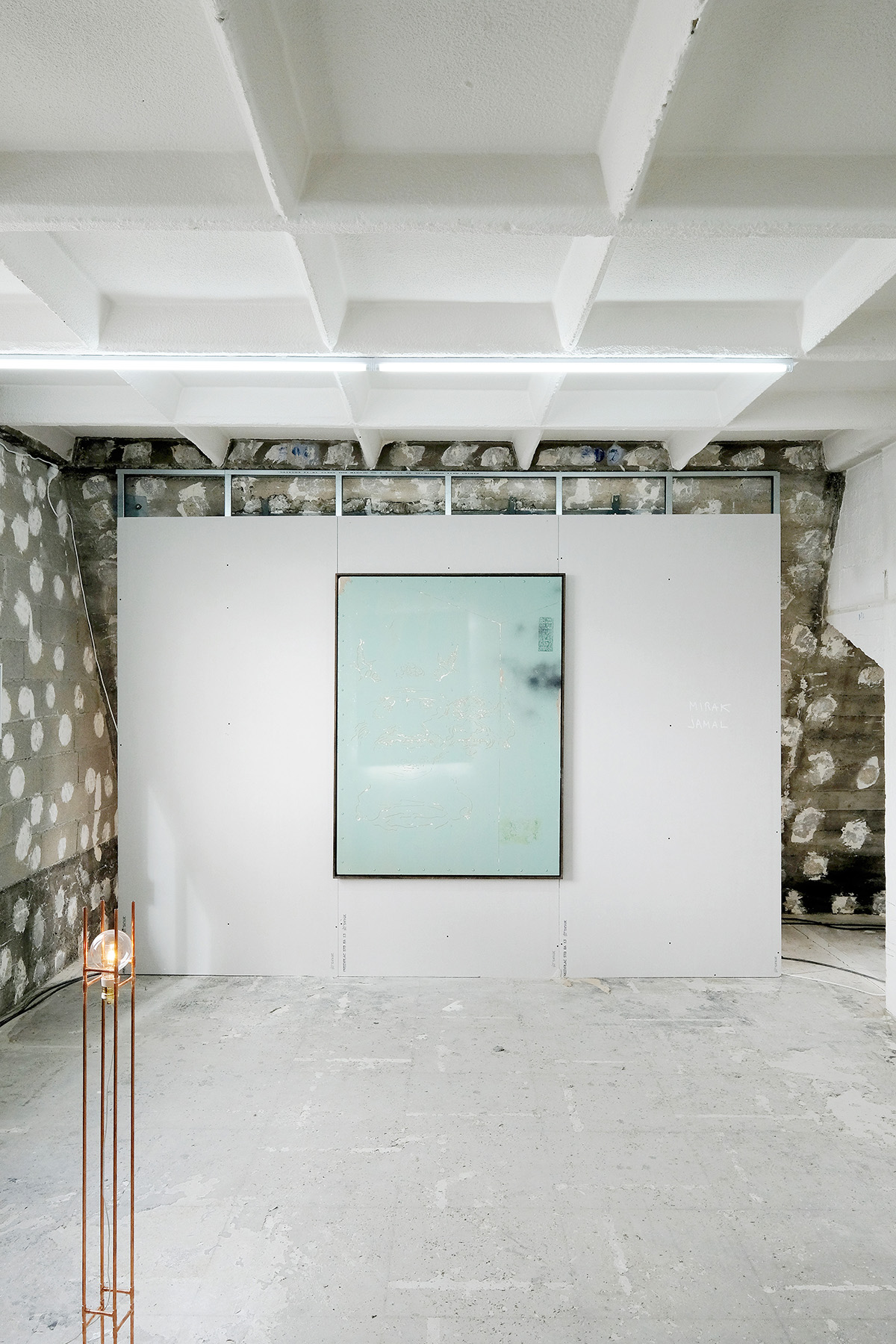 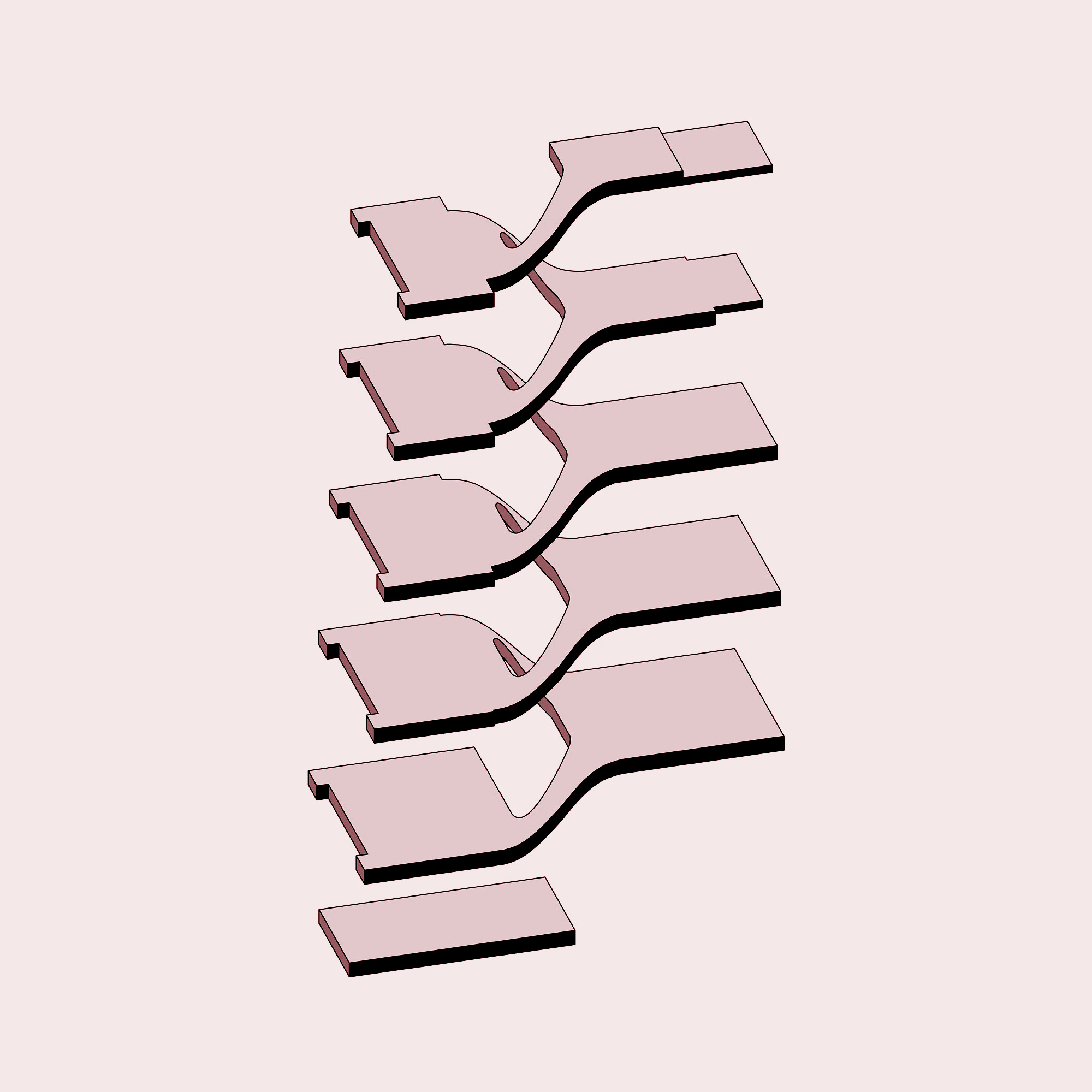 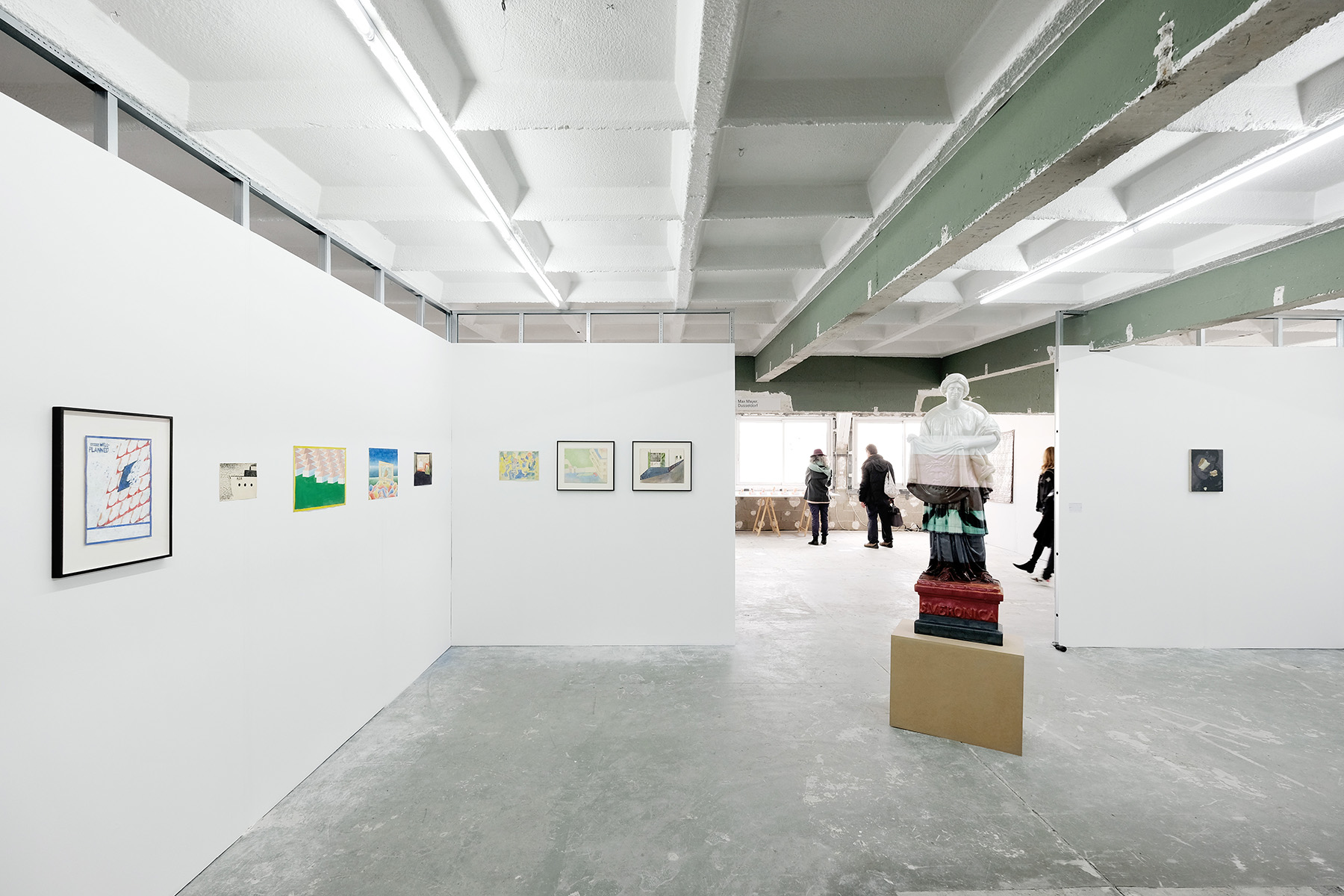 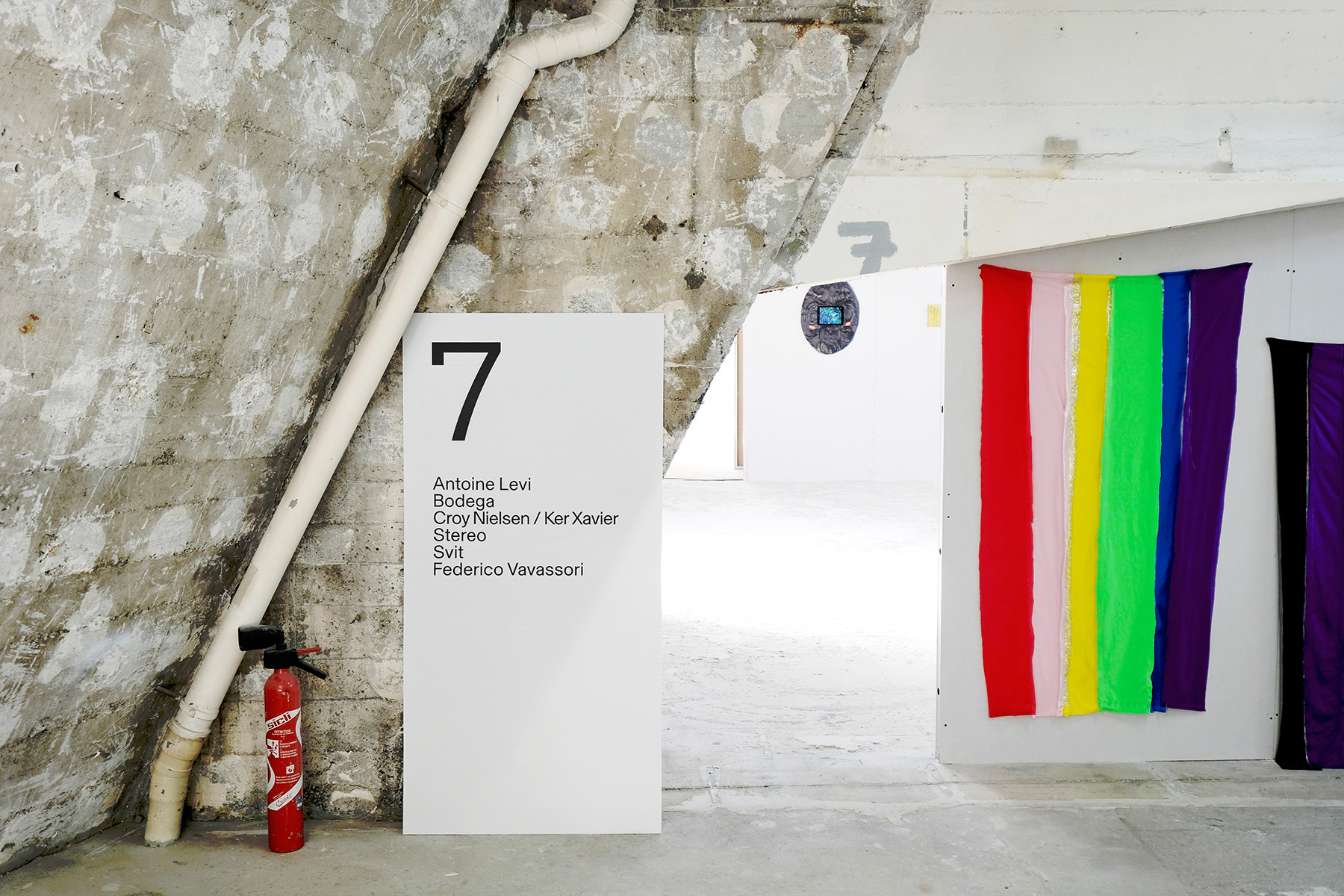 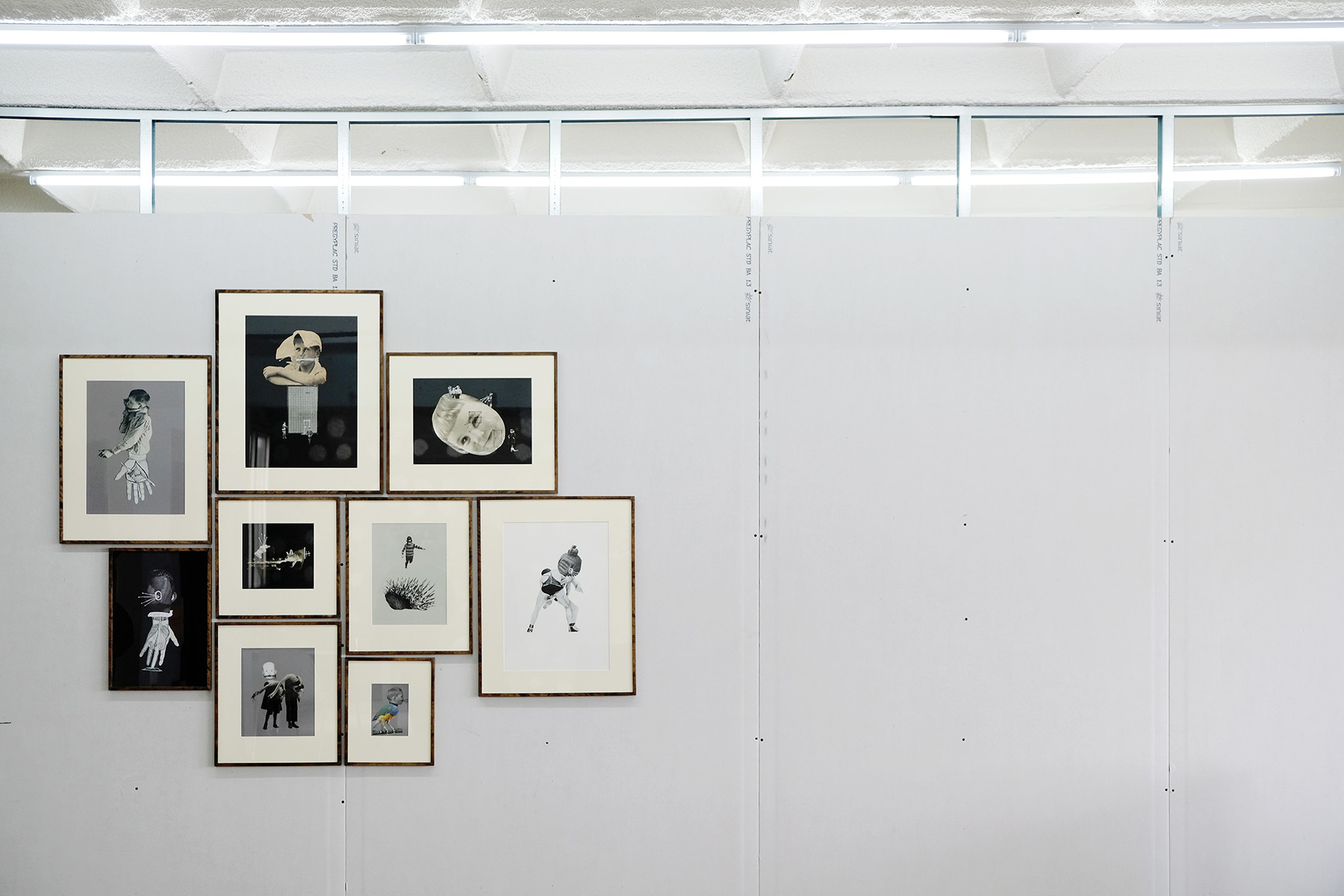 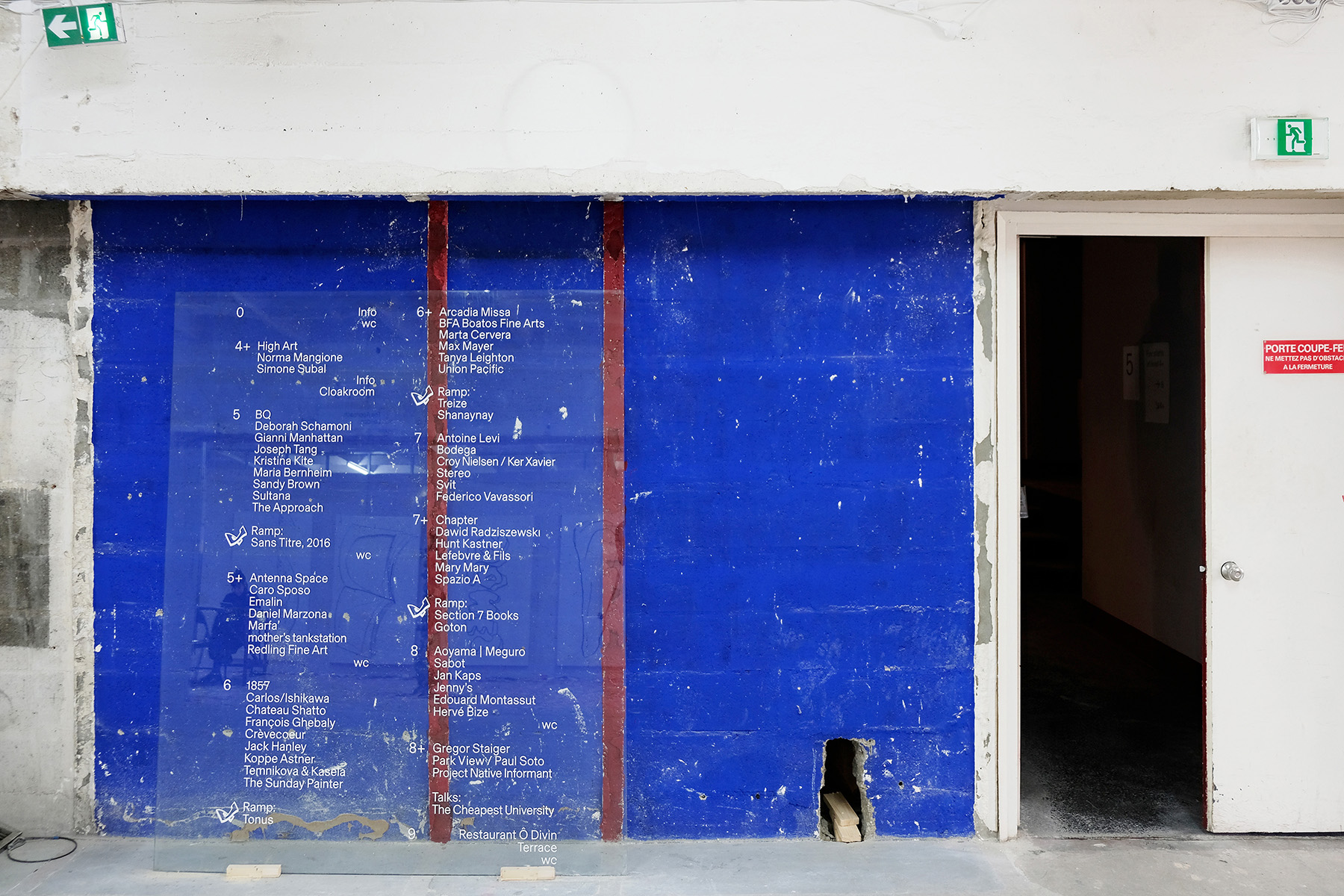 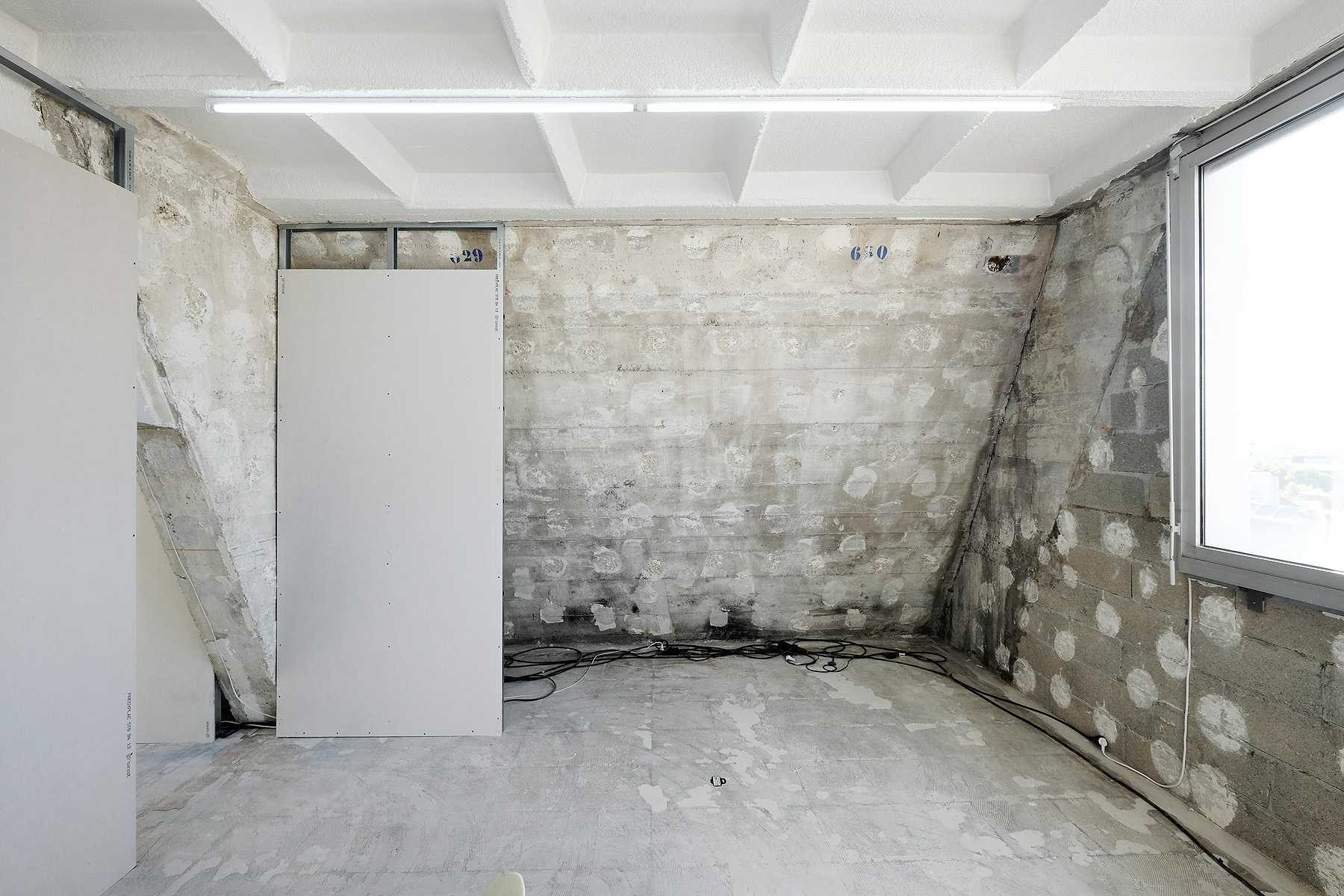 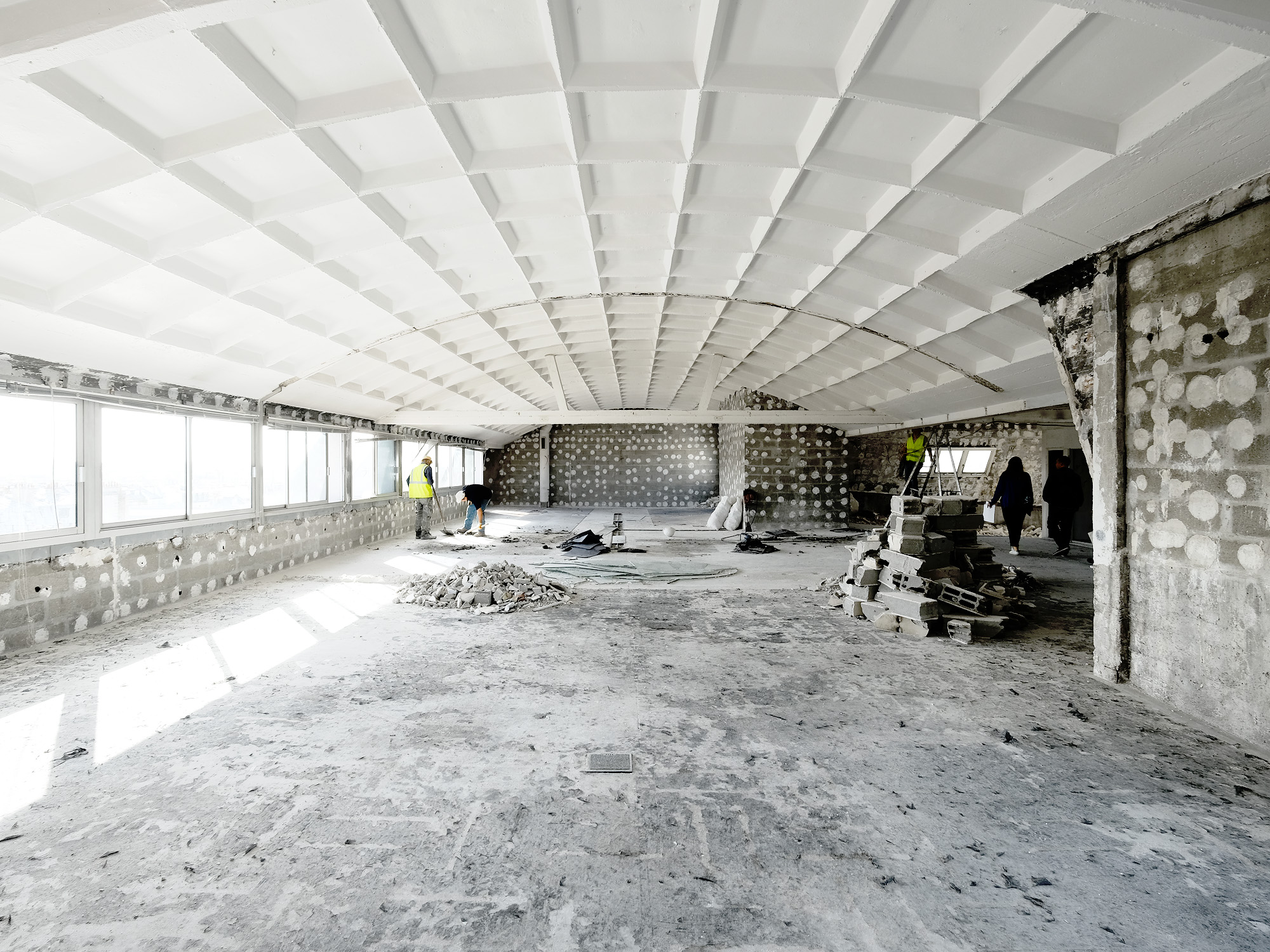 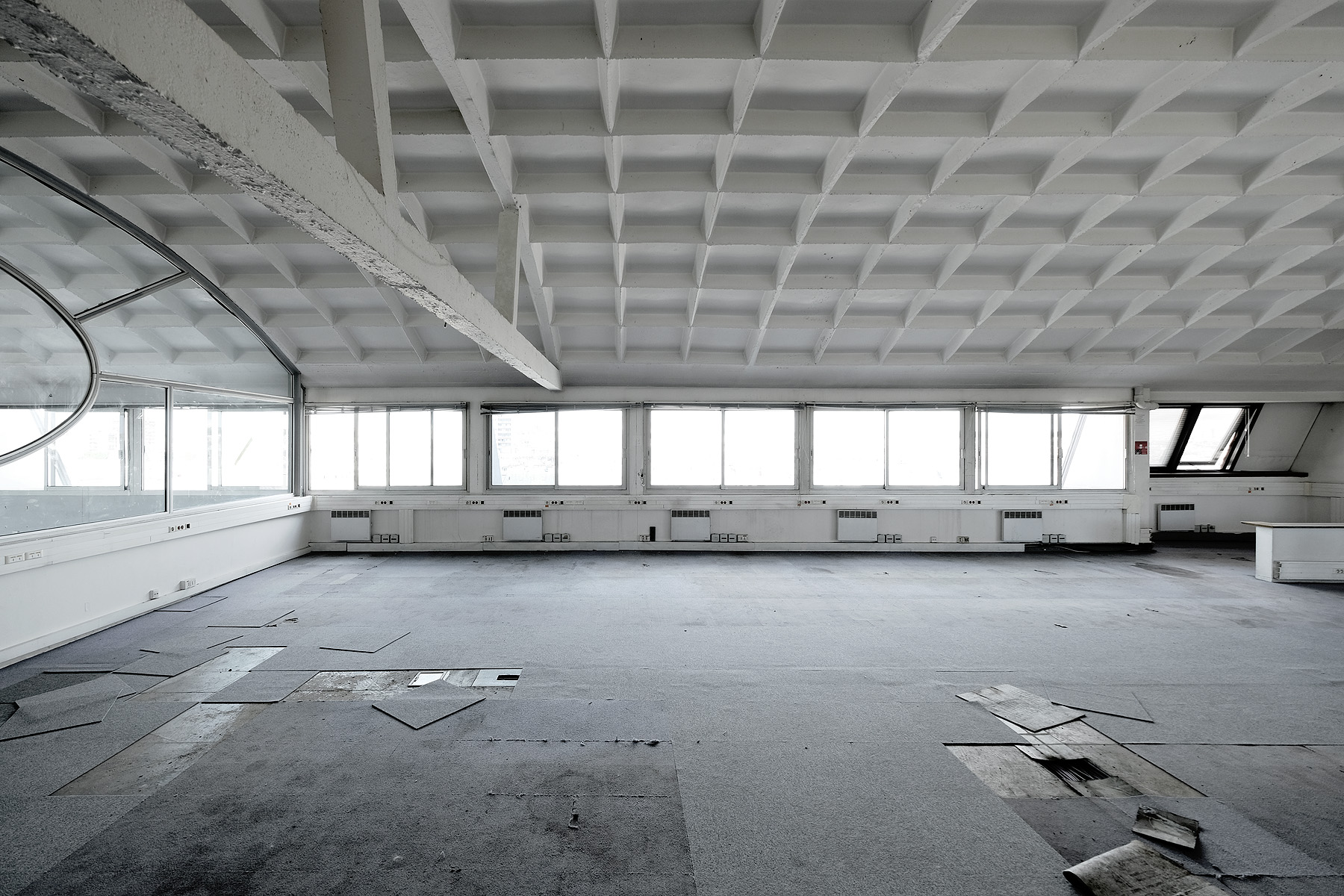 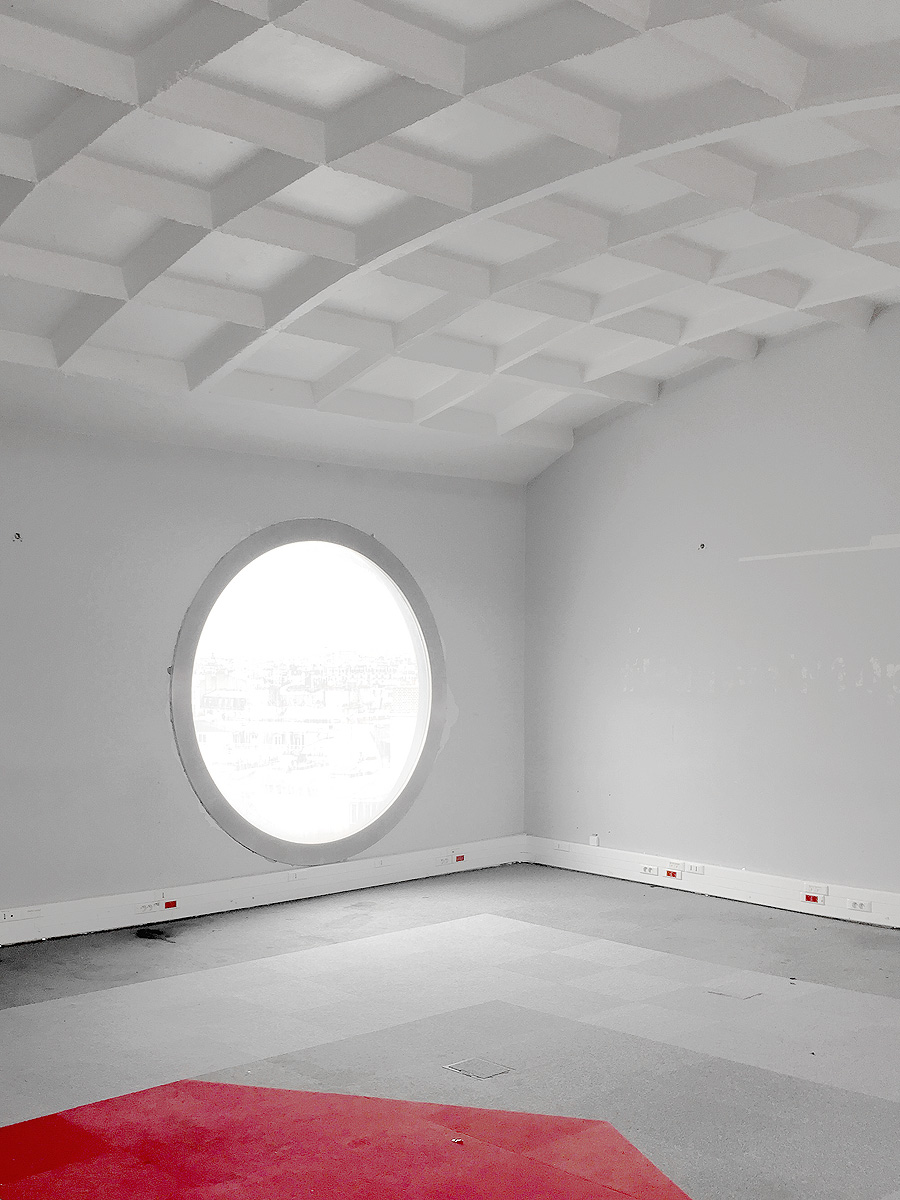 For its 2017 and third edition, contemporary art fair Paris Internationale took over a famous address in the central neighborhood of République. The 9 storeys building, the former office of Libération newspaper, was originally – and still functioning from levels 1 to 4 – a bare concrete car park, with its iconic central spiral ramp.
Hosting more than 50 exhibitors from all over the world, the empty floors, each with a lot of windows and natural light, had to features a large amount of partition walls allowing for displaying works of art.
The idea was to maintain a very open plan on each level, blurring lines between artists and allowing a free circulation, while producing three well defined types of spaces (S, M, L). Given the budget and installation time (3 days) we chose to work with the cheapest and fastest construction technique : the very common plasterboard wall.
All the partition wall structures were fixed between floor and ceiling, guided by the waffle slab design and often glued to prevent damage to the existing structure, while the standard plasterboards, 250x120cm and almost never cut, allowed light to pass through.
Artificial light was also adjusted given these structural constraints and exhibition needs, T5 6500K fluorescent tubes being simply glued to the concrete beams.
Between rough plasterboards, concrete floors and cold light, the overall grey tones of the fair offer a very neutral yet radical atmosphere, a site specific alternative to the white cube that is completely open to any adaptation, any alteration by the exhibitors and the works of art.
The signage of the fair is made in the simplest way, sometimes taking advantage of glass panels reused from the demolition of the previous office spaces, as a faint memory of the past of the building.