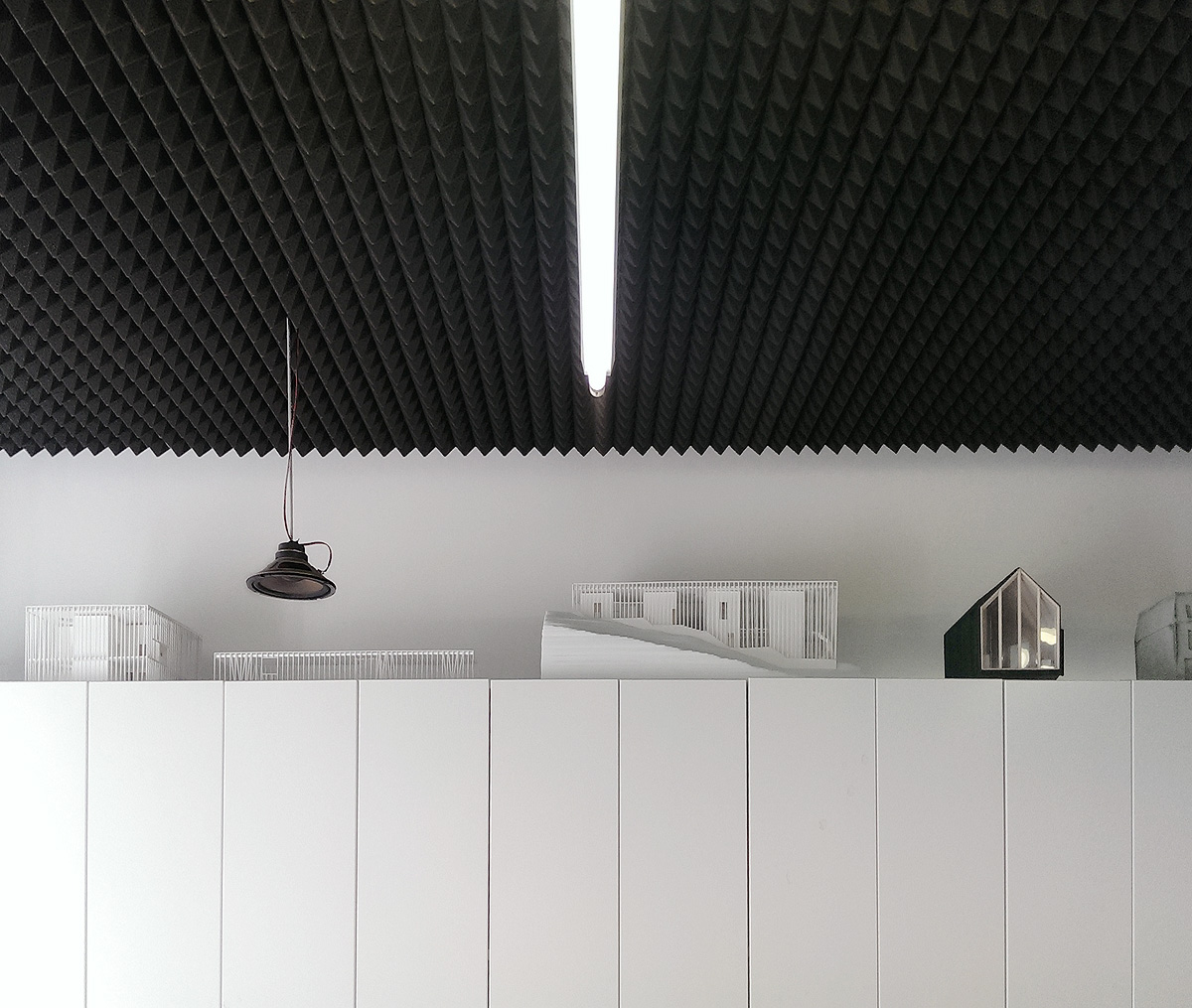 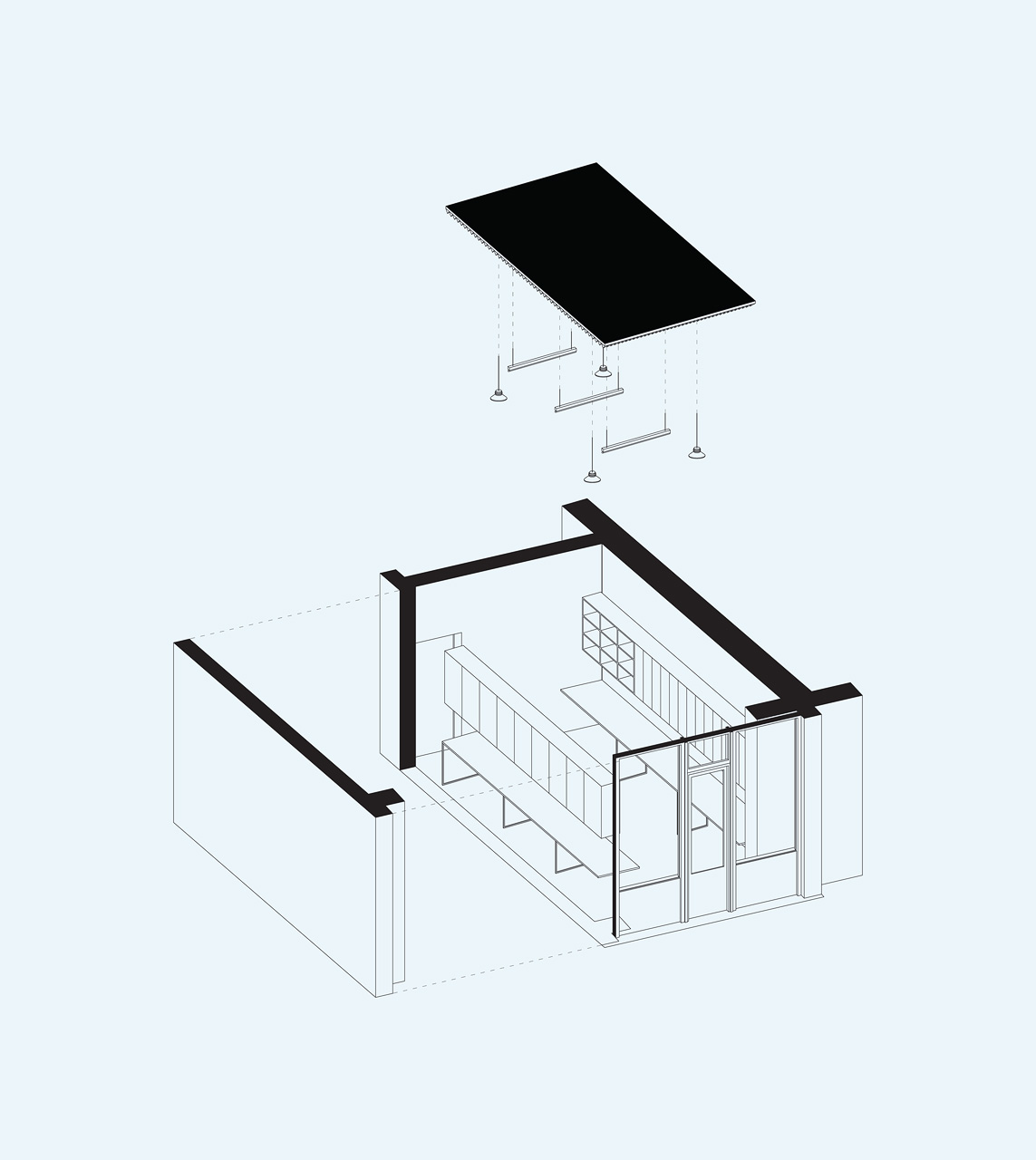 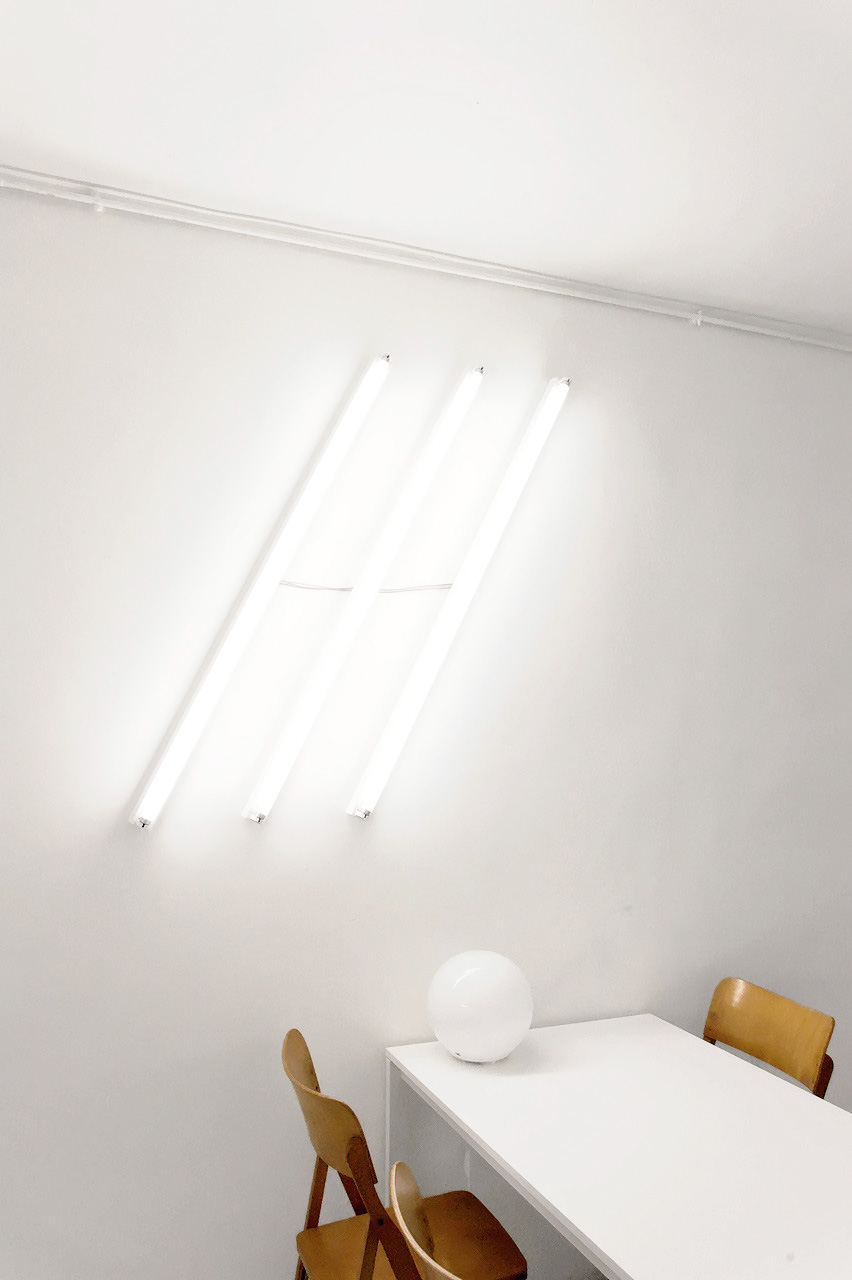 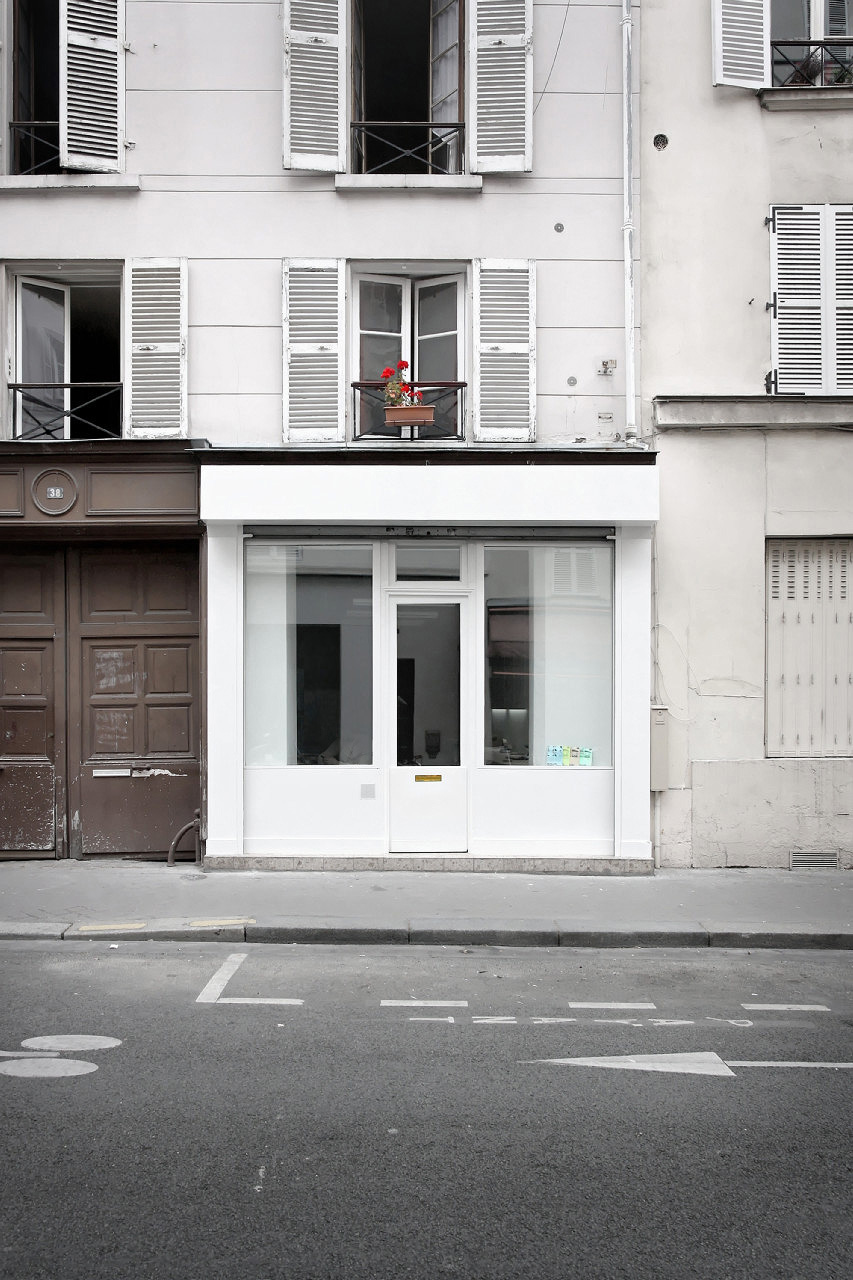 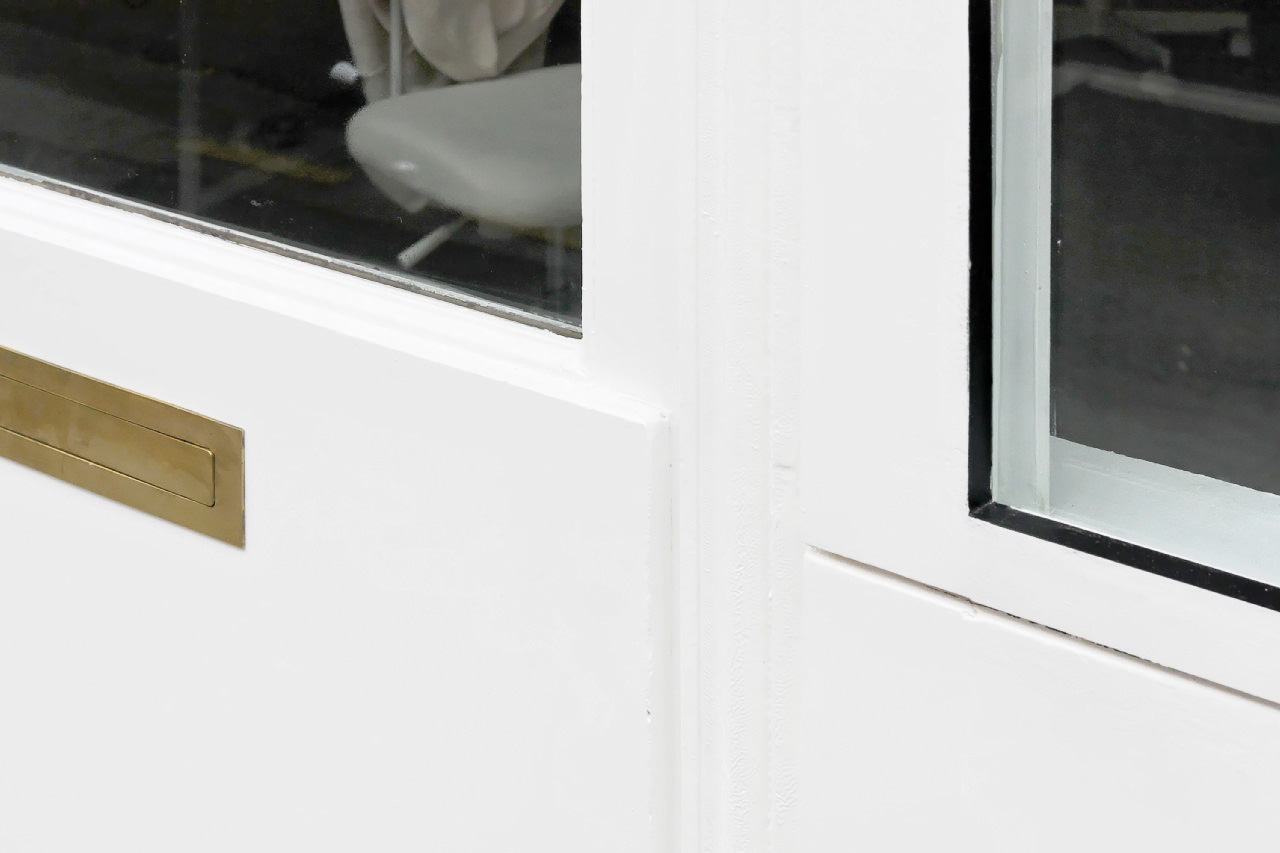 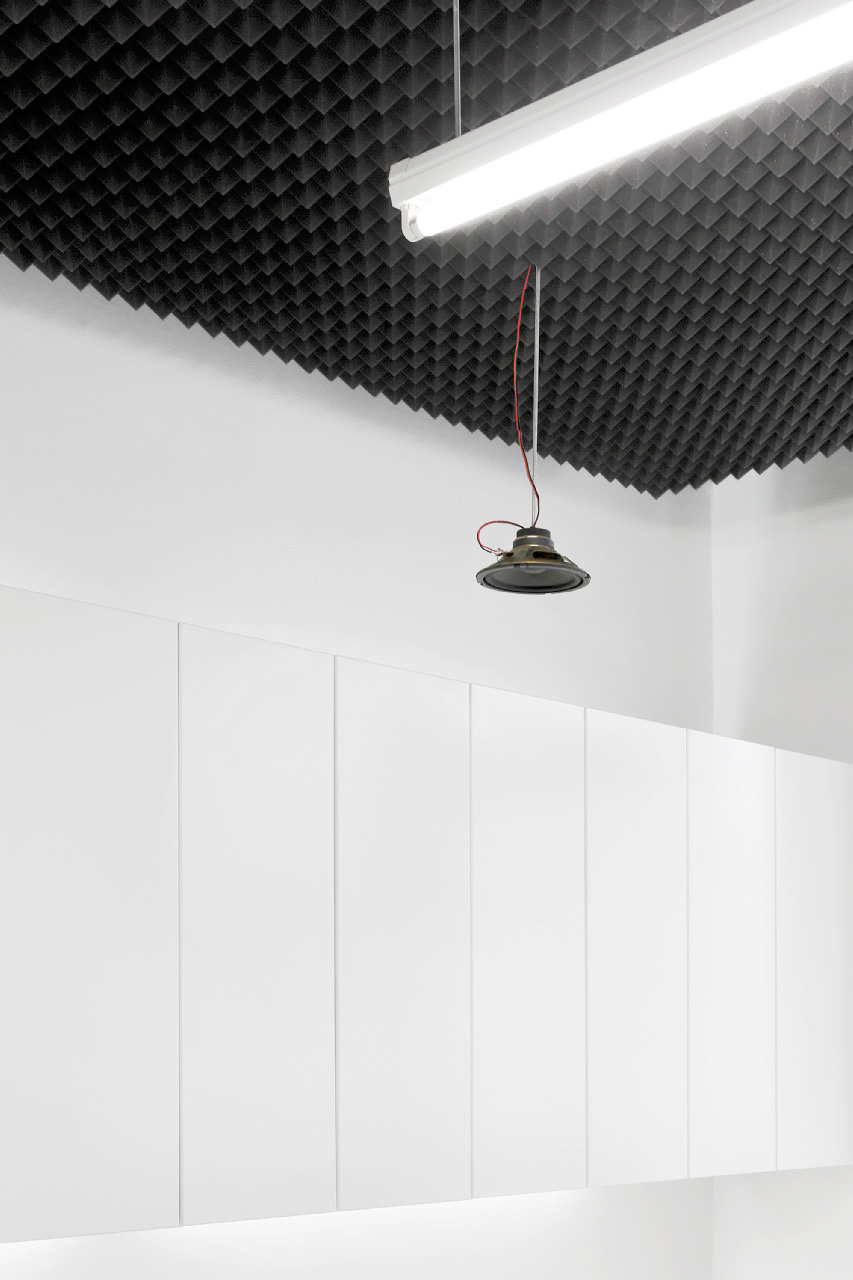 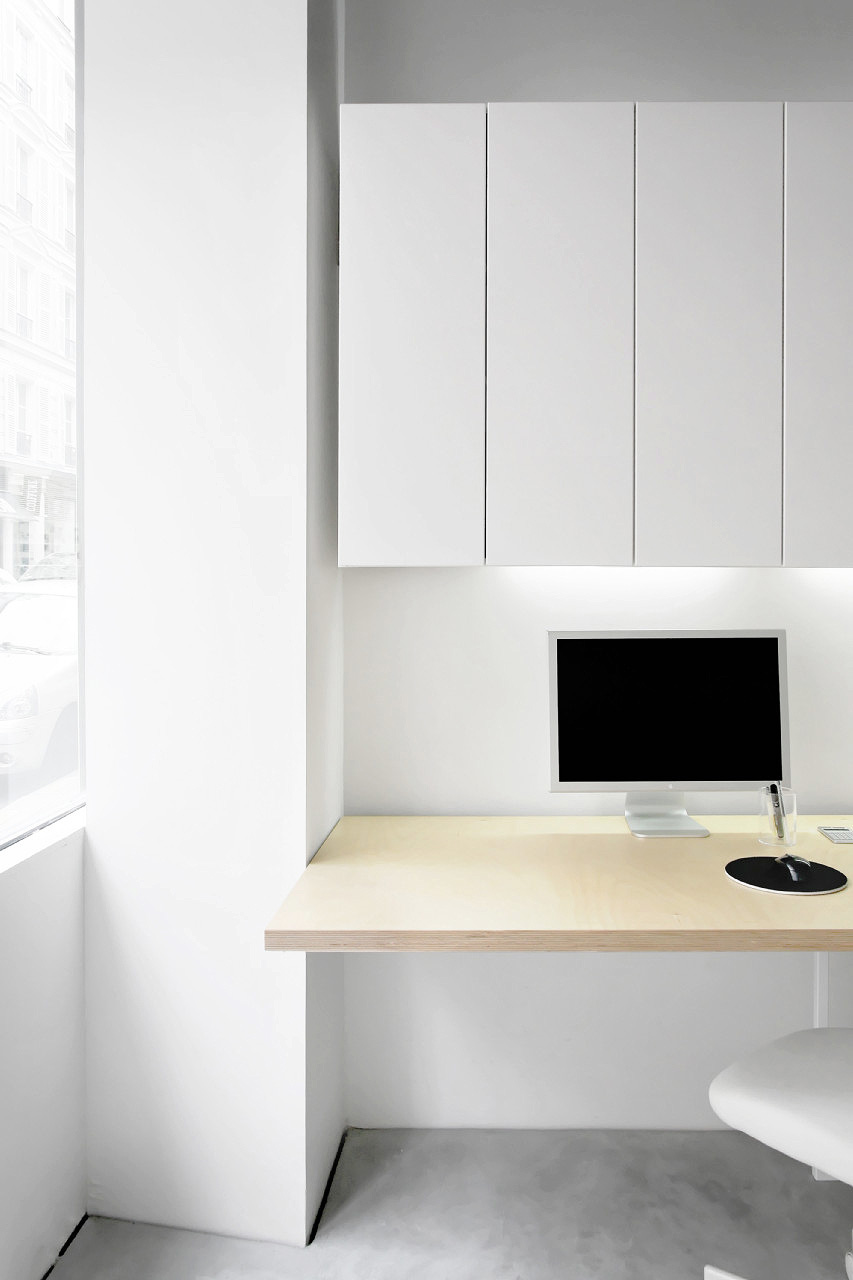 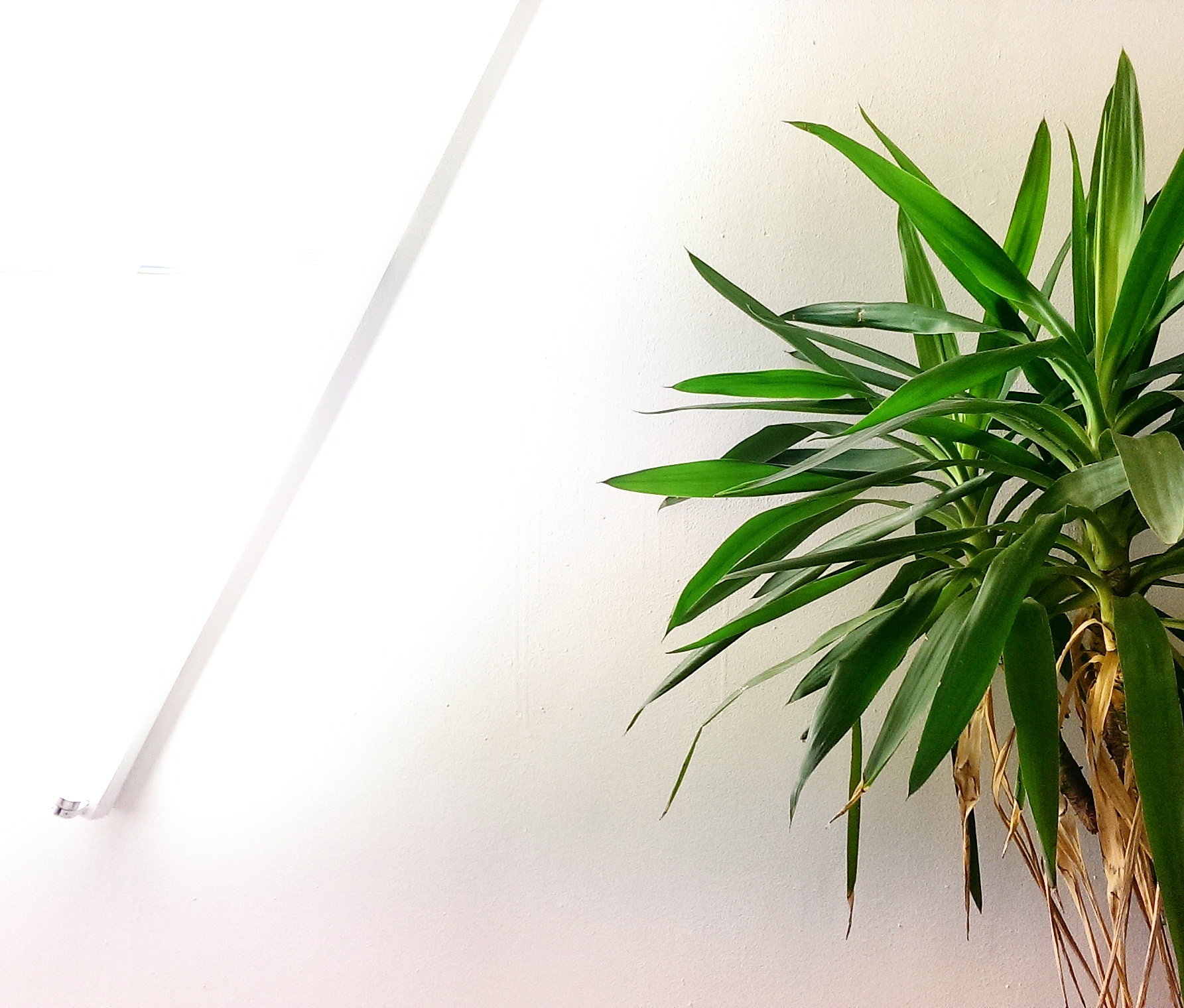 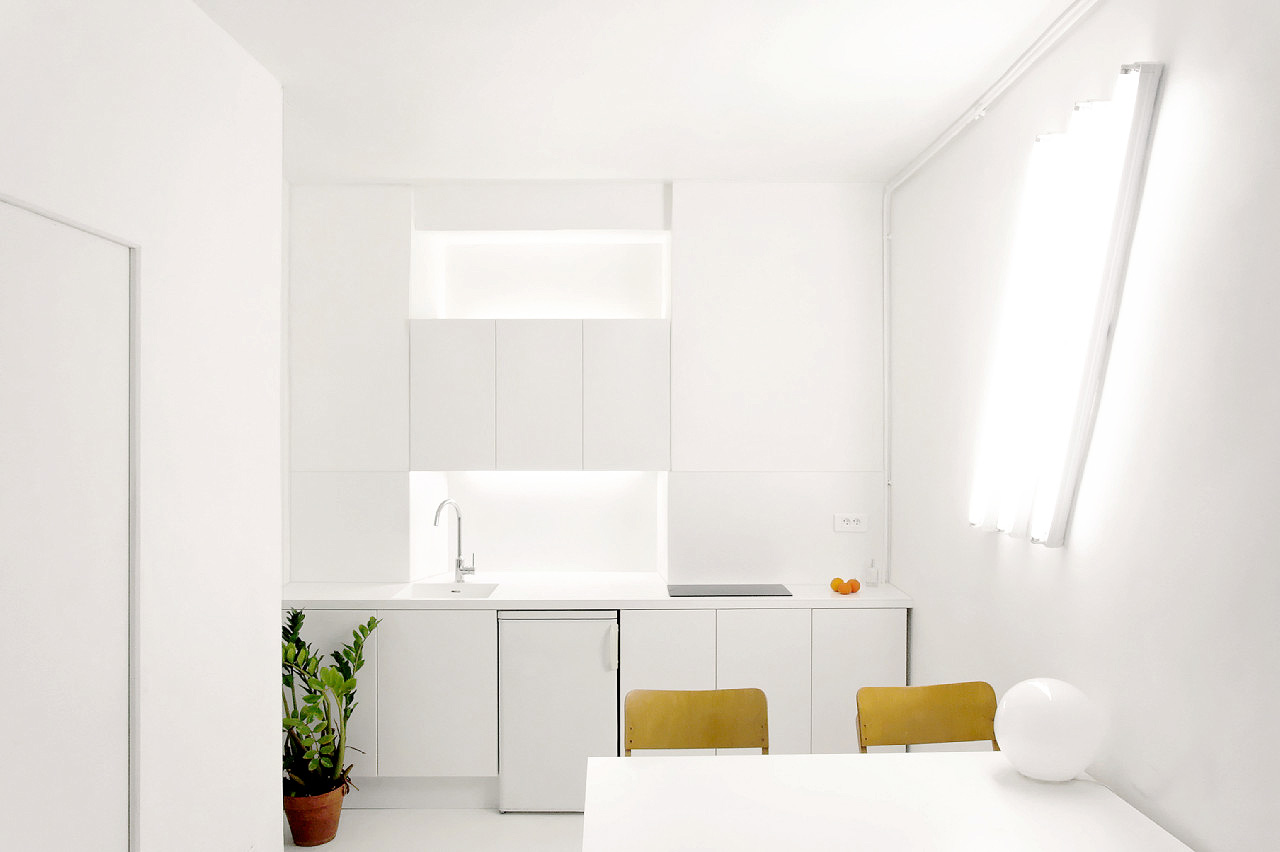 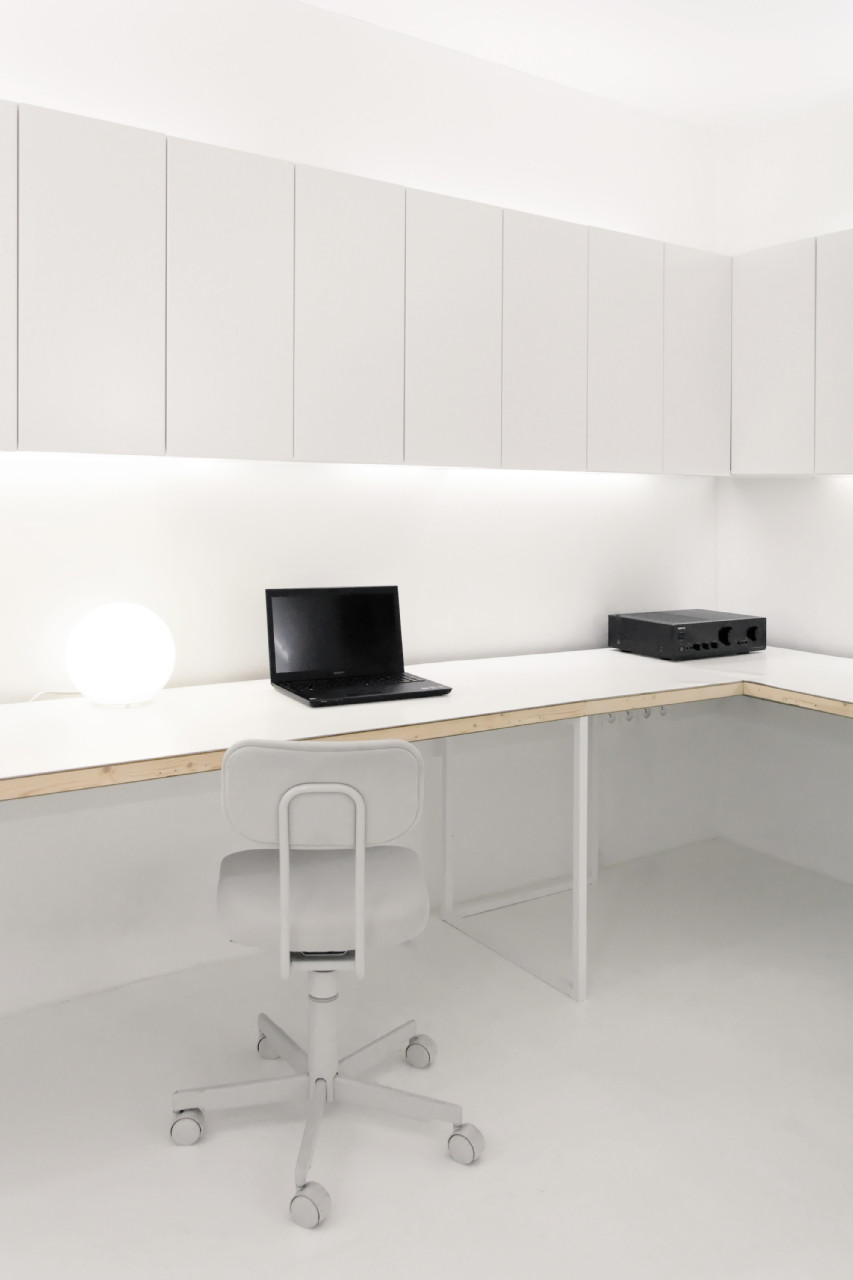 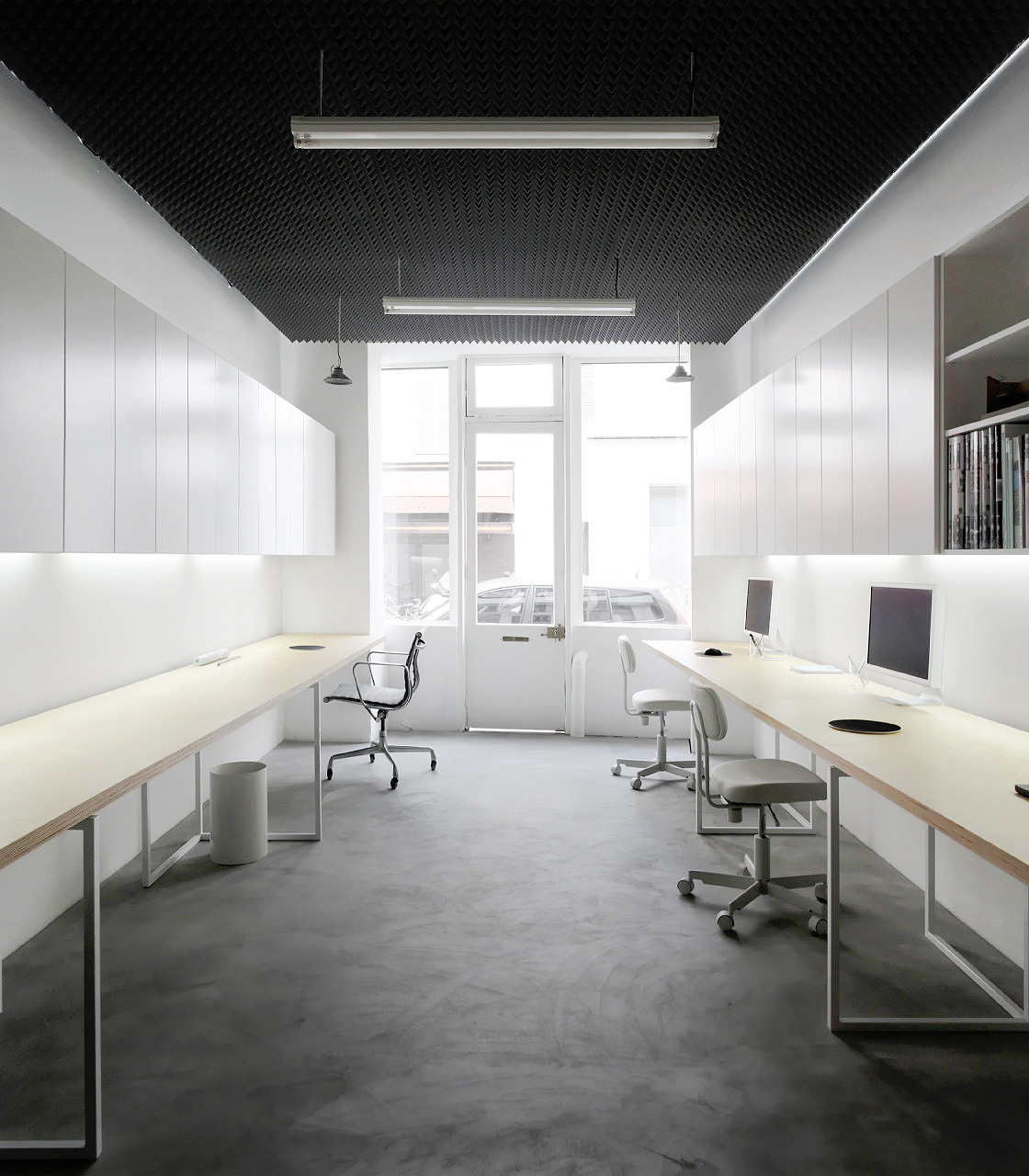 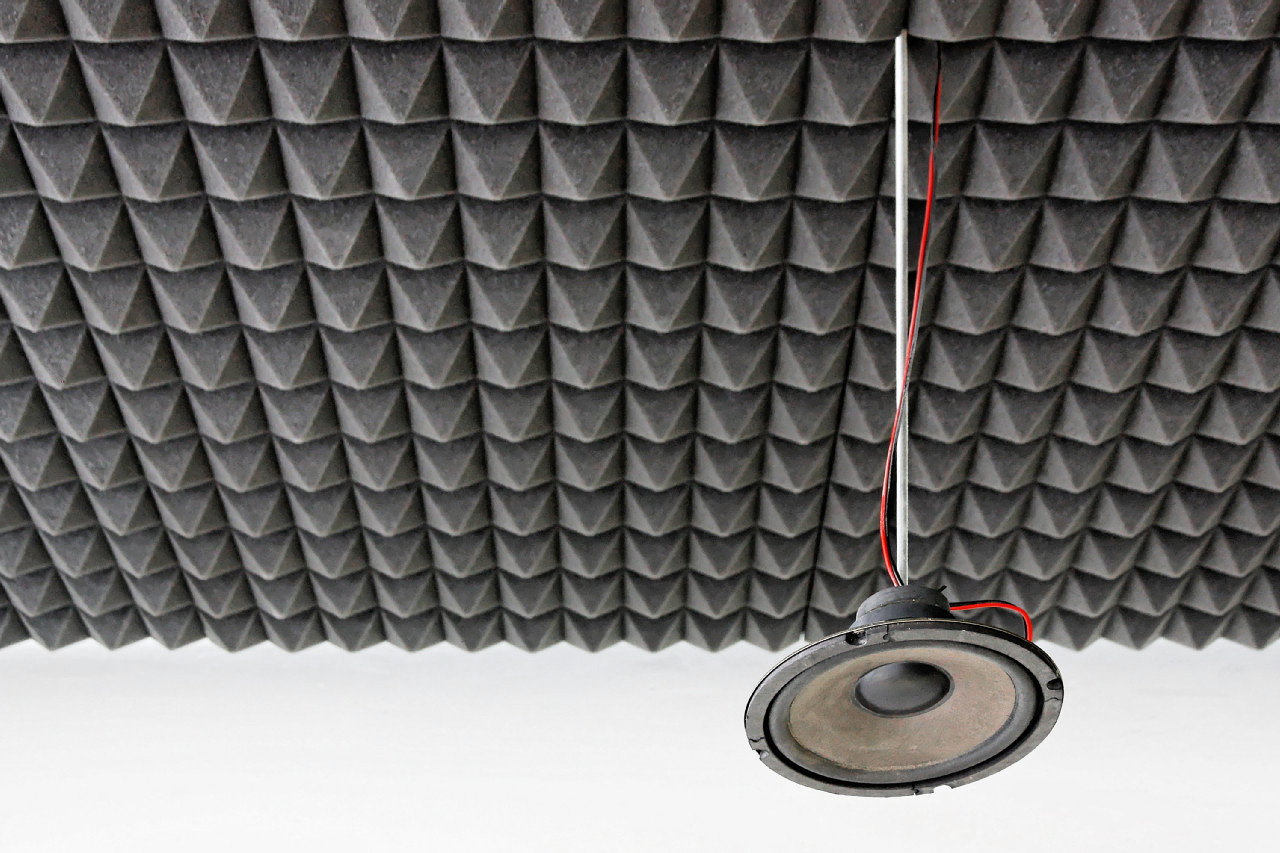 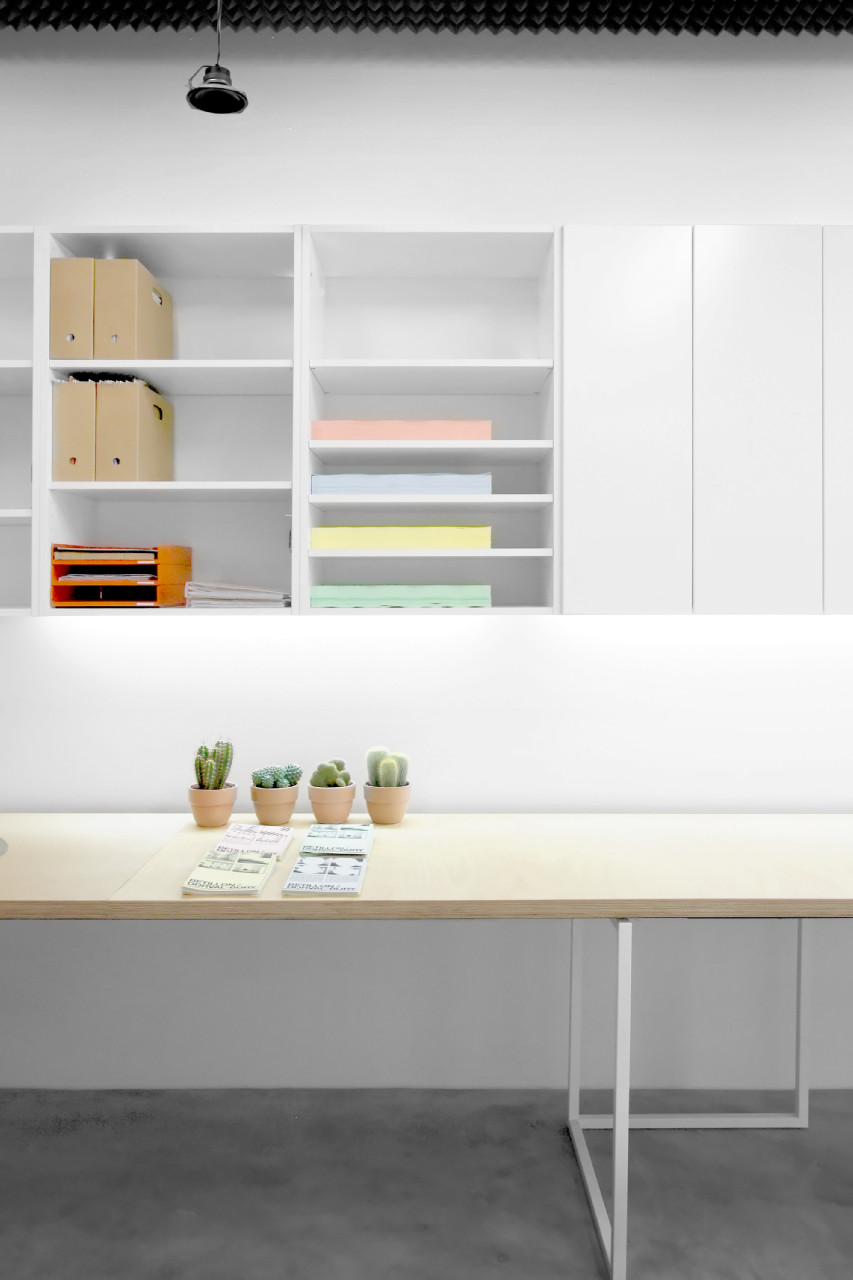 When we found these old premises to set our architecture practice in a quiet street near the Luxembourg Gardens in Paris, we were seduced by the composition of the existing property in three parts : a shop on the street, a warehouse on court, and a large vaulted cellar.
The project of the office area, on the street, had to be the most rational possible due to its small size. Beyond the logical workplaces needs, we primarily sought to use light and sound as a basic data of the program. The shape of the existing structure (deep, mono-oriented and with a large window) meant to rethink this compartmentalized space into a large volume in which light enters up to the back. The space is then divided into longitudinal functional strips, work desks and storage being pushed along the walls, releasing central dilatation, an informal space for circulation and more.
Made with a basic simplicity, the birch plywood working desk and the higher storage stretch along the room. Without any interruption, it allows a flexible allocation of working places. Artificial light is also aiming for neutrality, thanks to the positioning of fluorescent tubes behind high cabinets and as an occasional solution three powerful pendant fluorescent fixtures.
In this boxy volume, the sound management is a major challenge to maintain a comfortable working environment for everyone. The solution then comes from an active acoustic ceiling over the entire surface. Entirely made of pyramidal acoustic foam, commonly used in recording studios, the absorbing surface trap sounds reverberated by other materials, creating a soothing acoustic atmosphere. The system for emitting sound - simple bare loudspeakers, hung in space - broadcasts music in a special way, making sound flood the place.
The back wall, the only large vertical surface available, is covered in white stained cork, becoming a giant pin-board to display the current printed plans.
The workshop in the courtyard, in turn, becomes a small kitchen serving as the meeting room, while the basement houses a scale model workshop and storage.