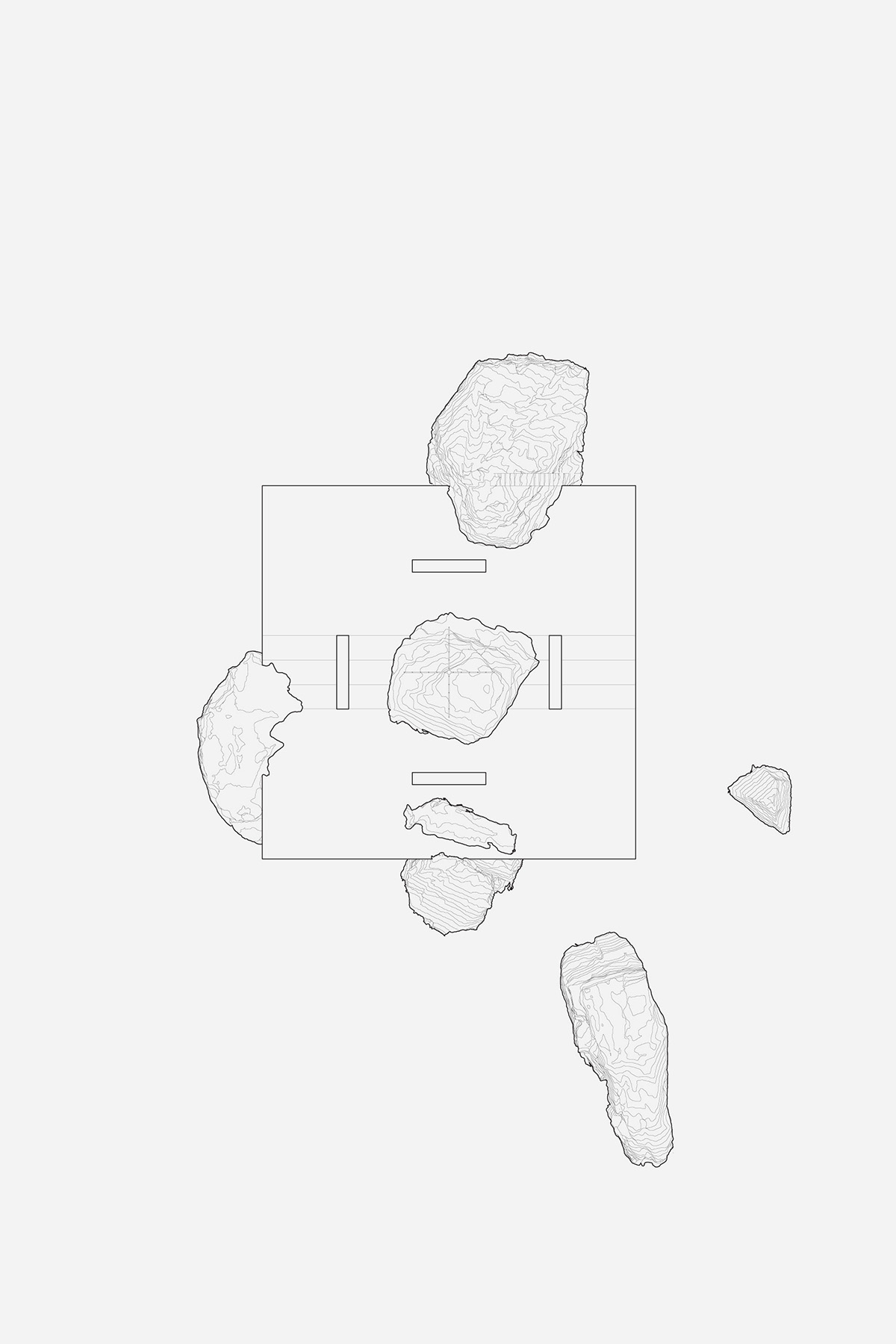 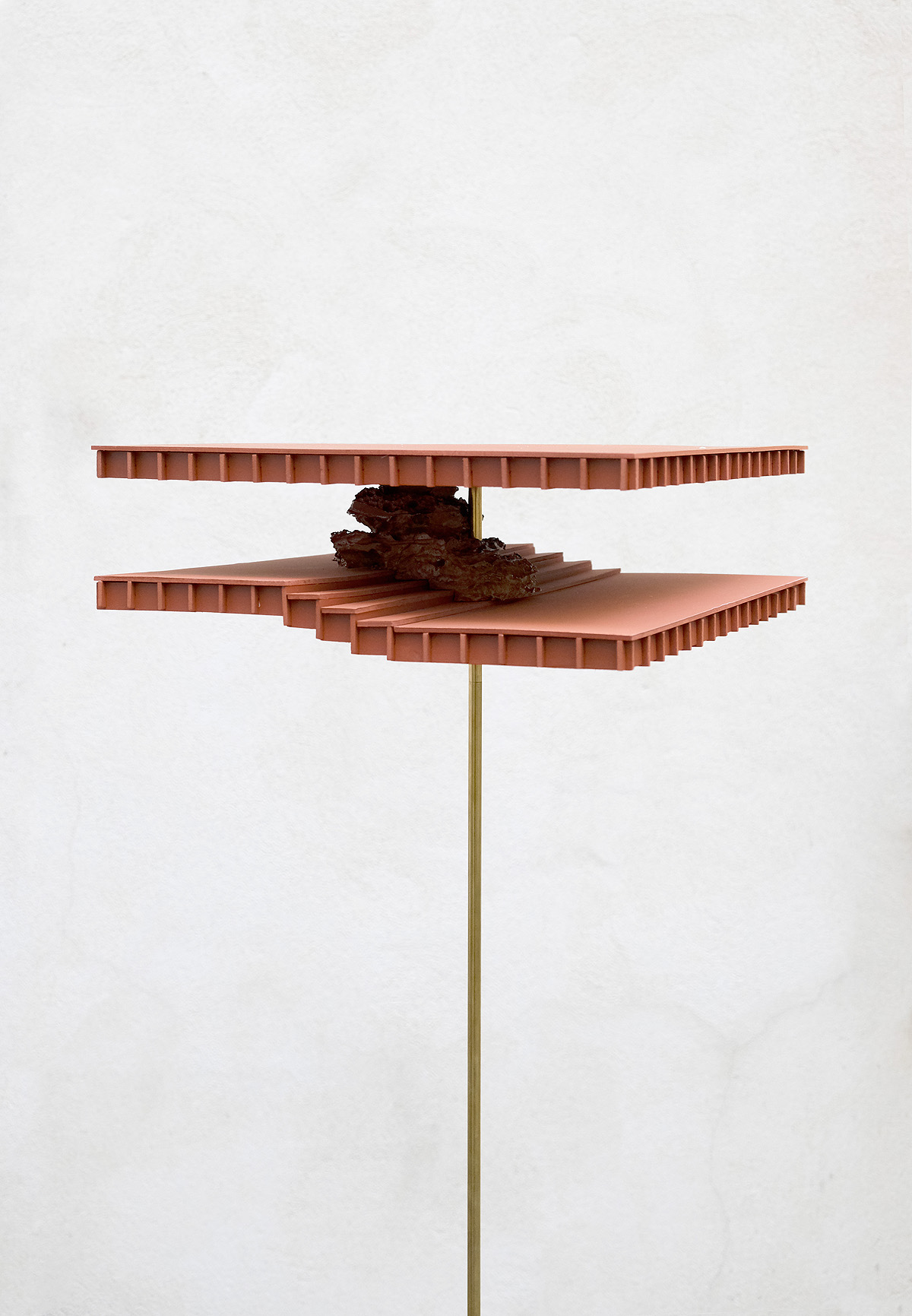 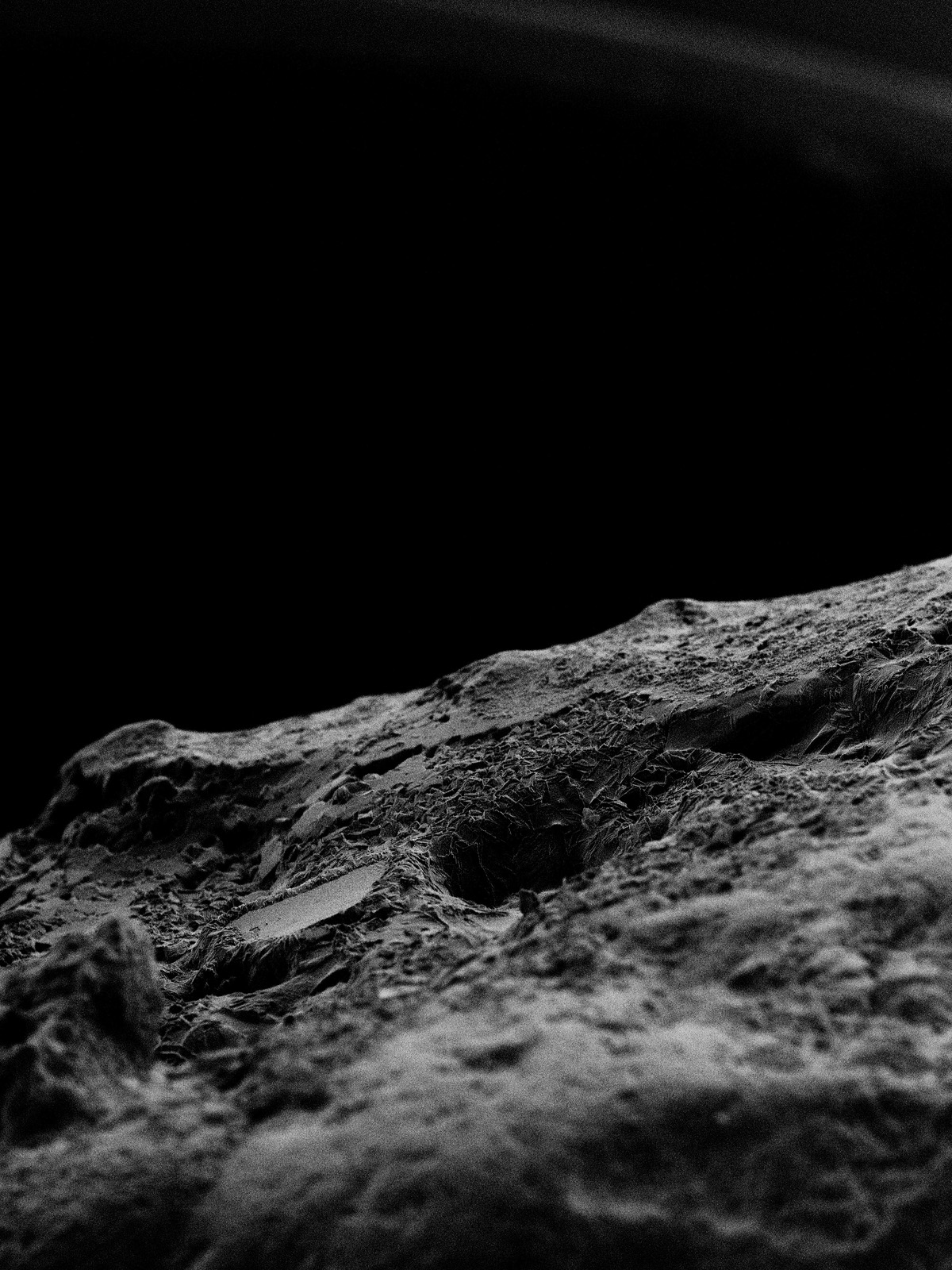 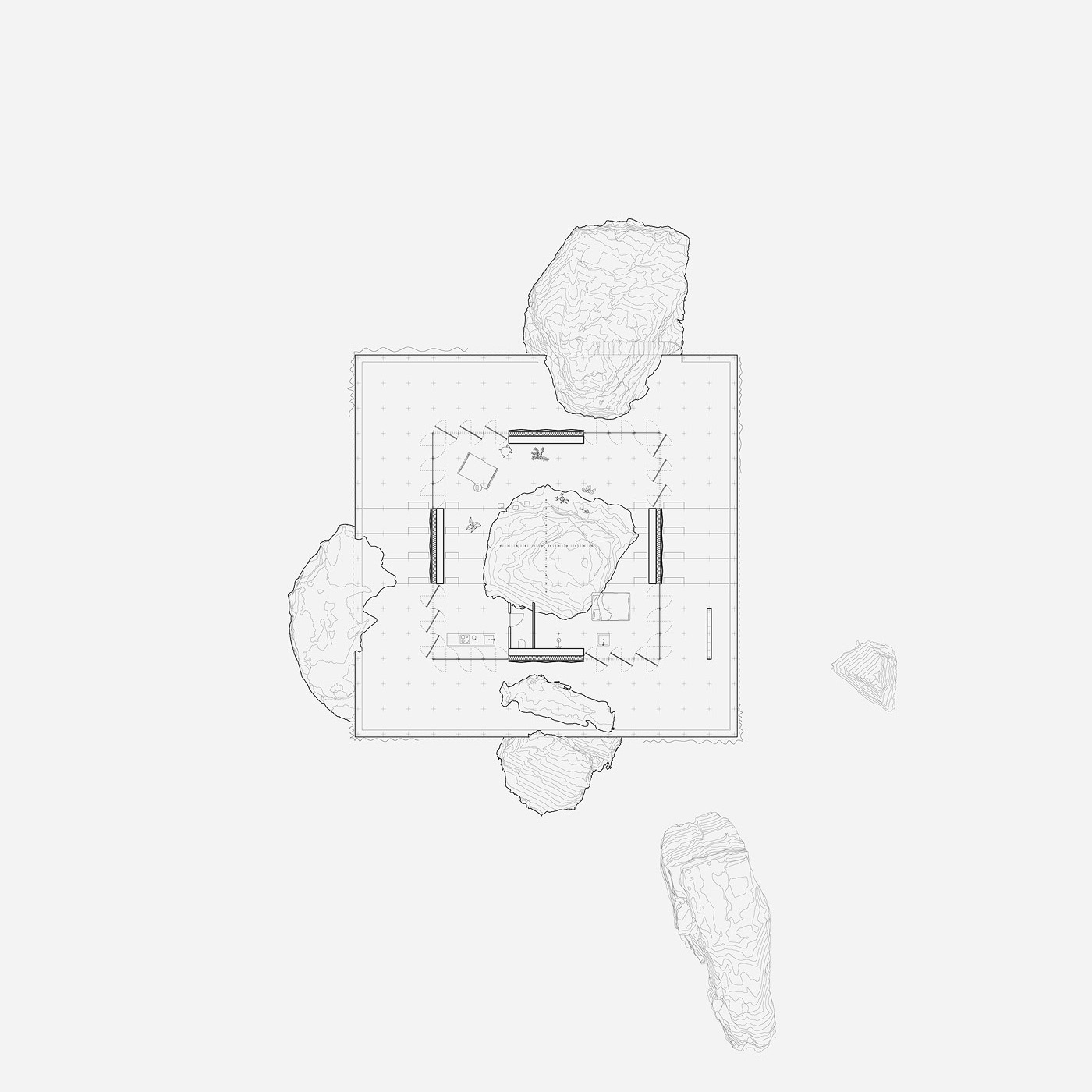 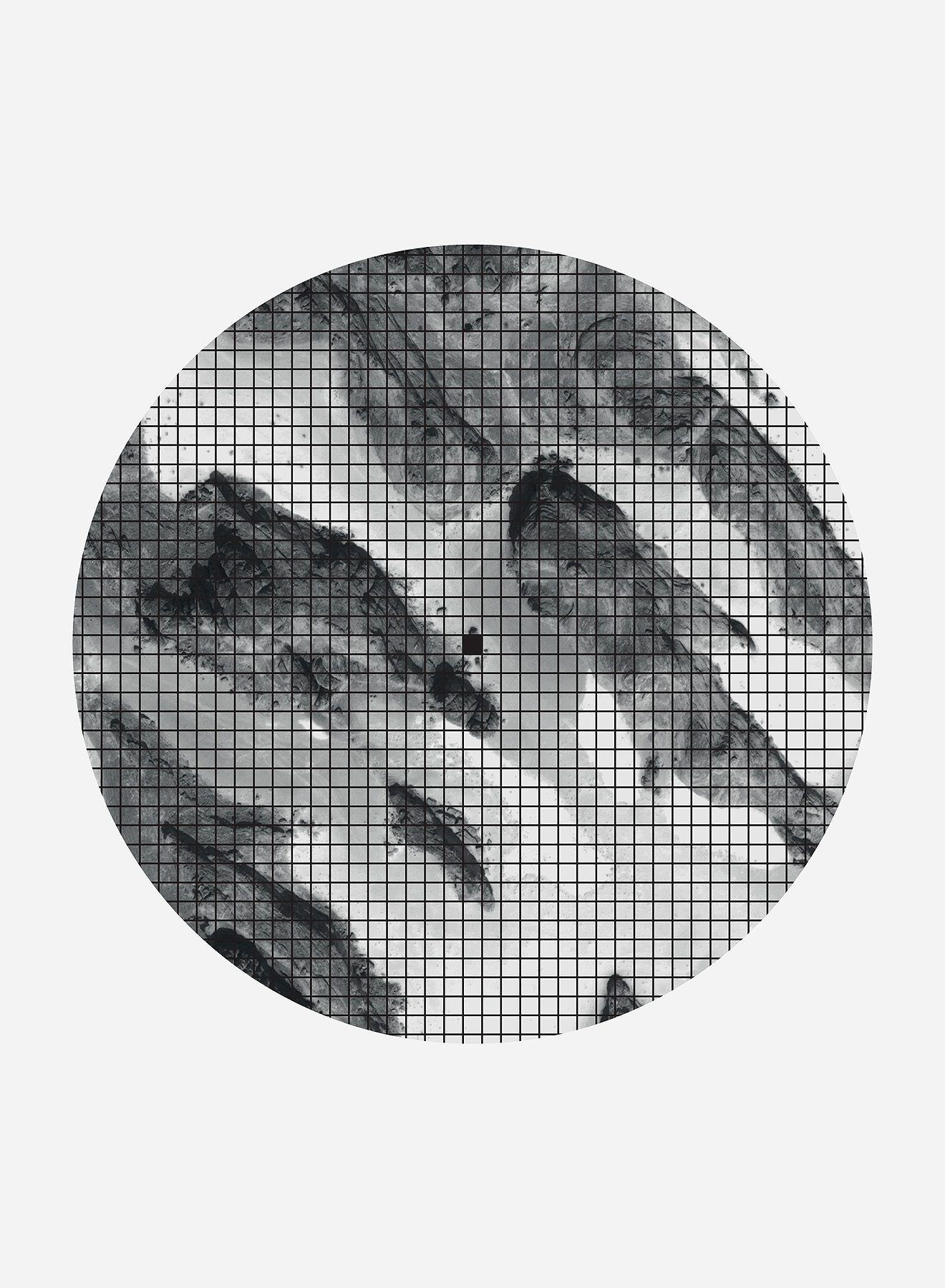 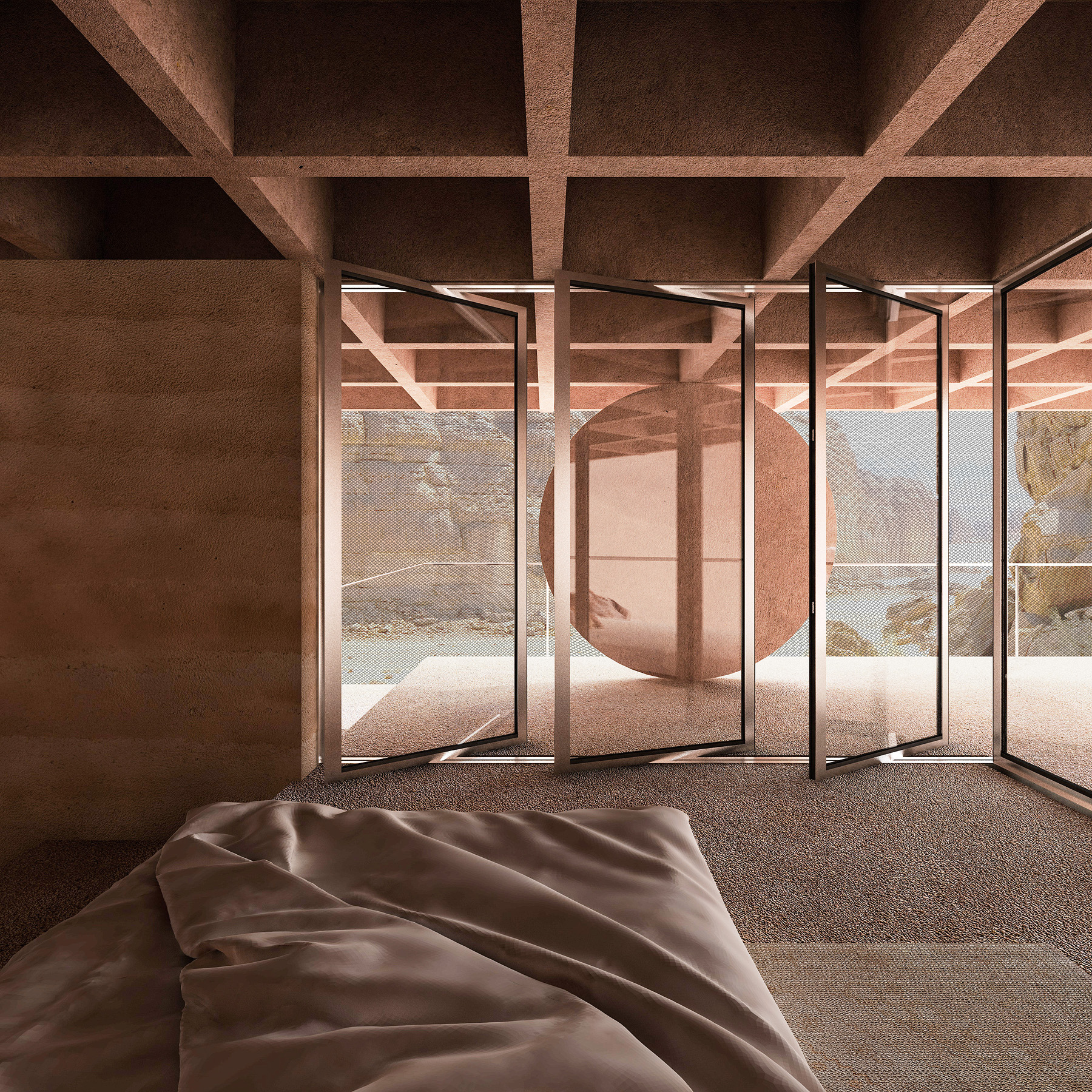 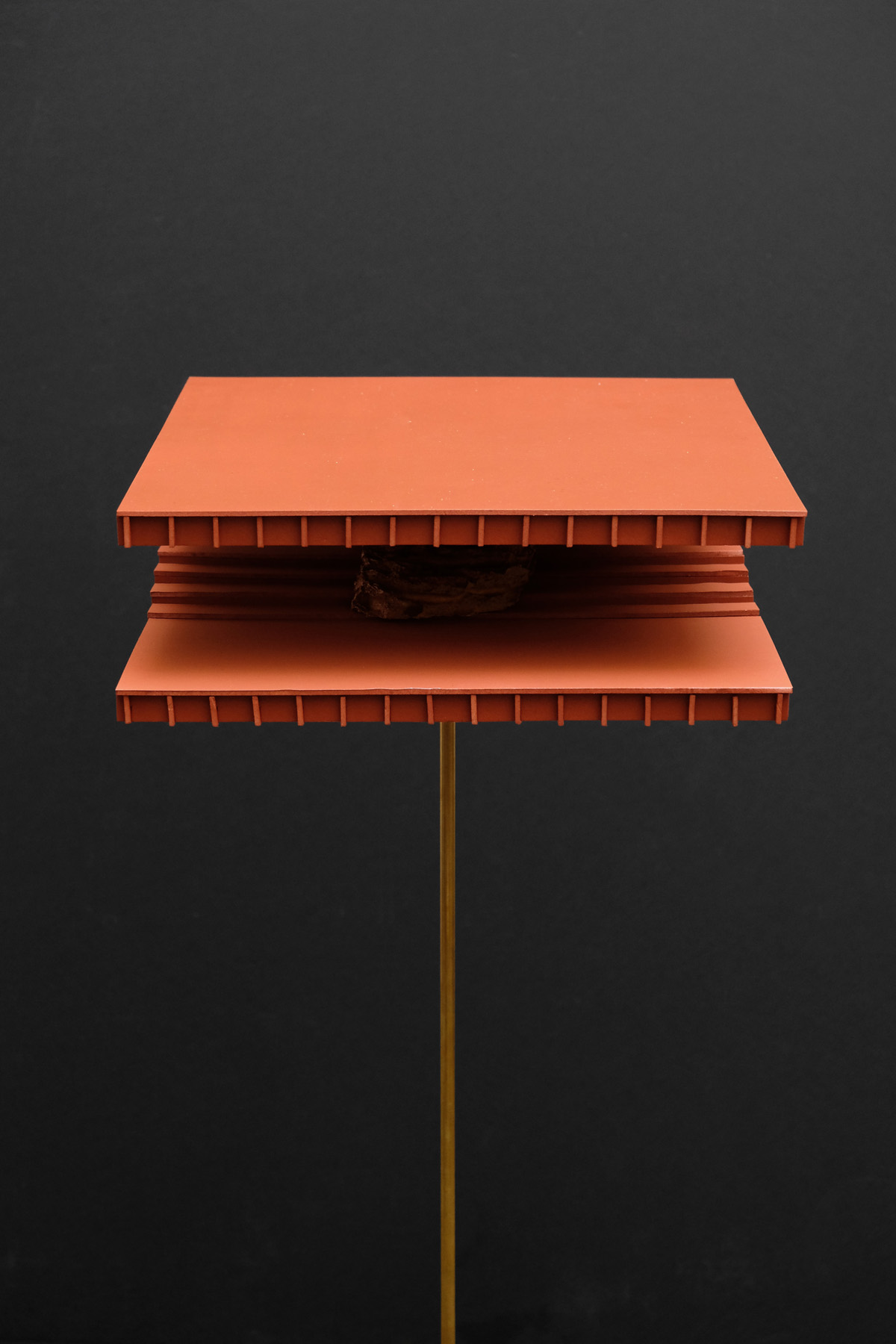 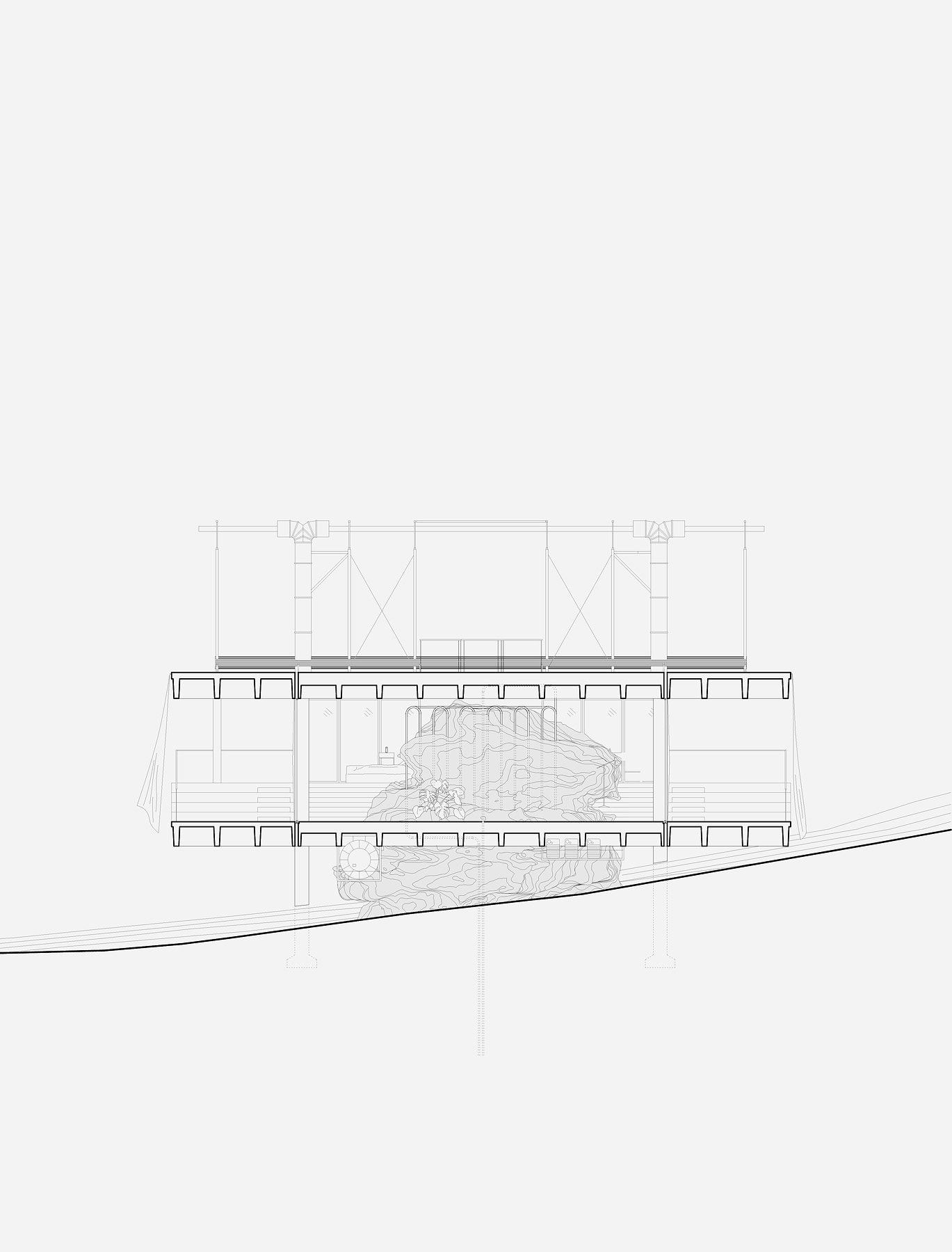 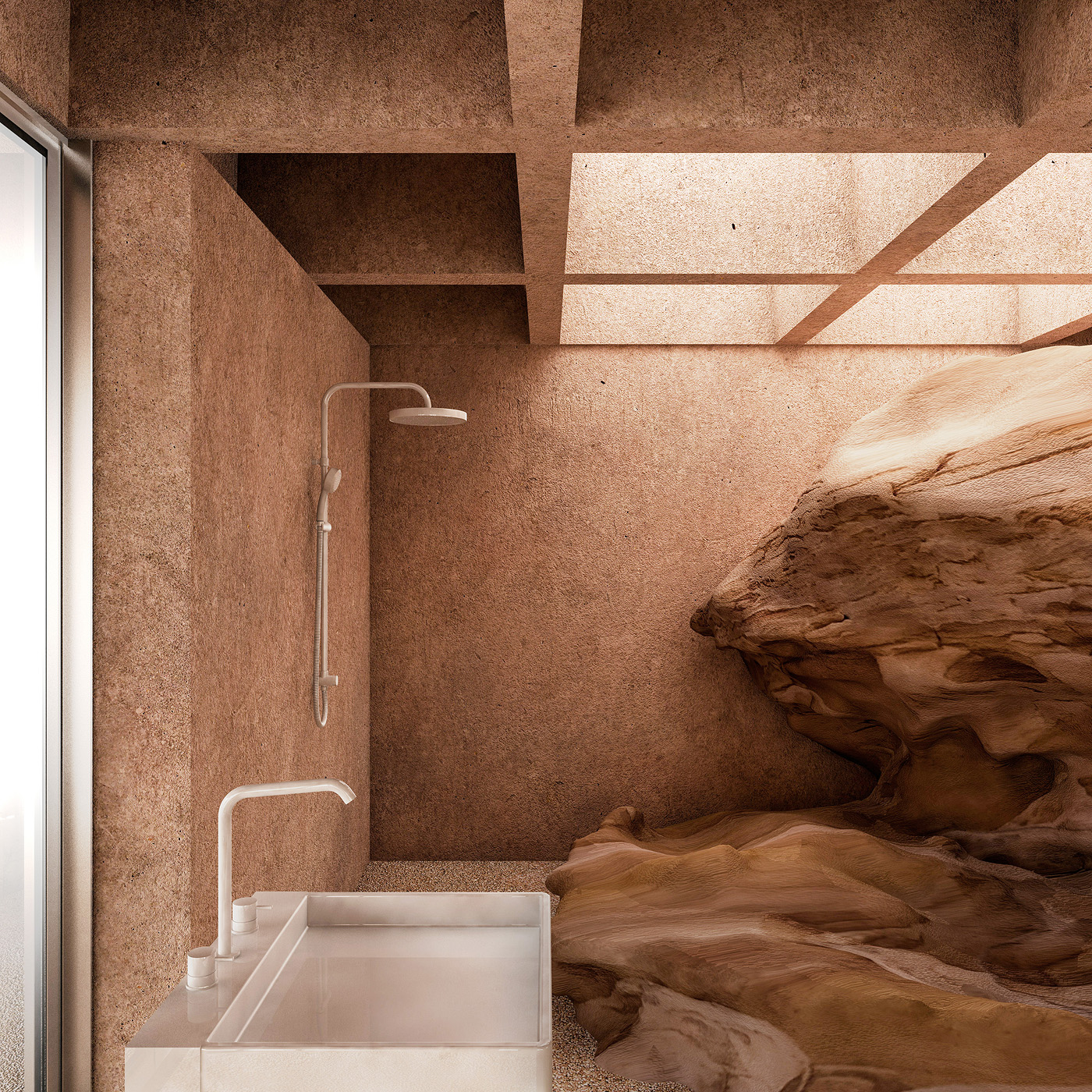 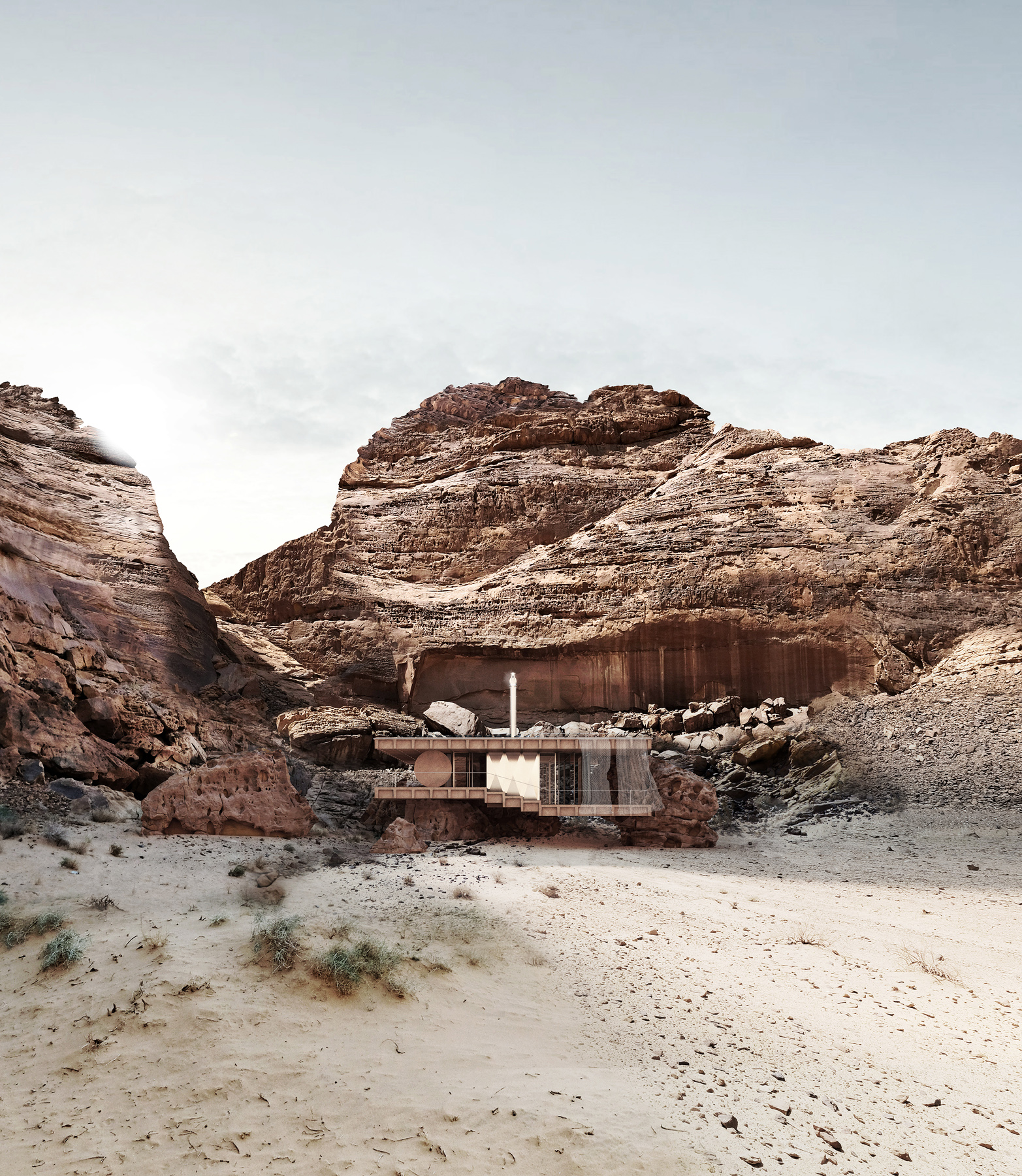 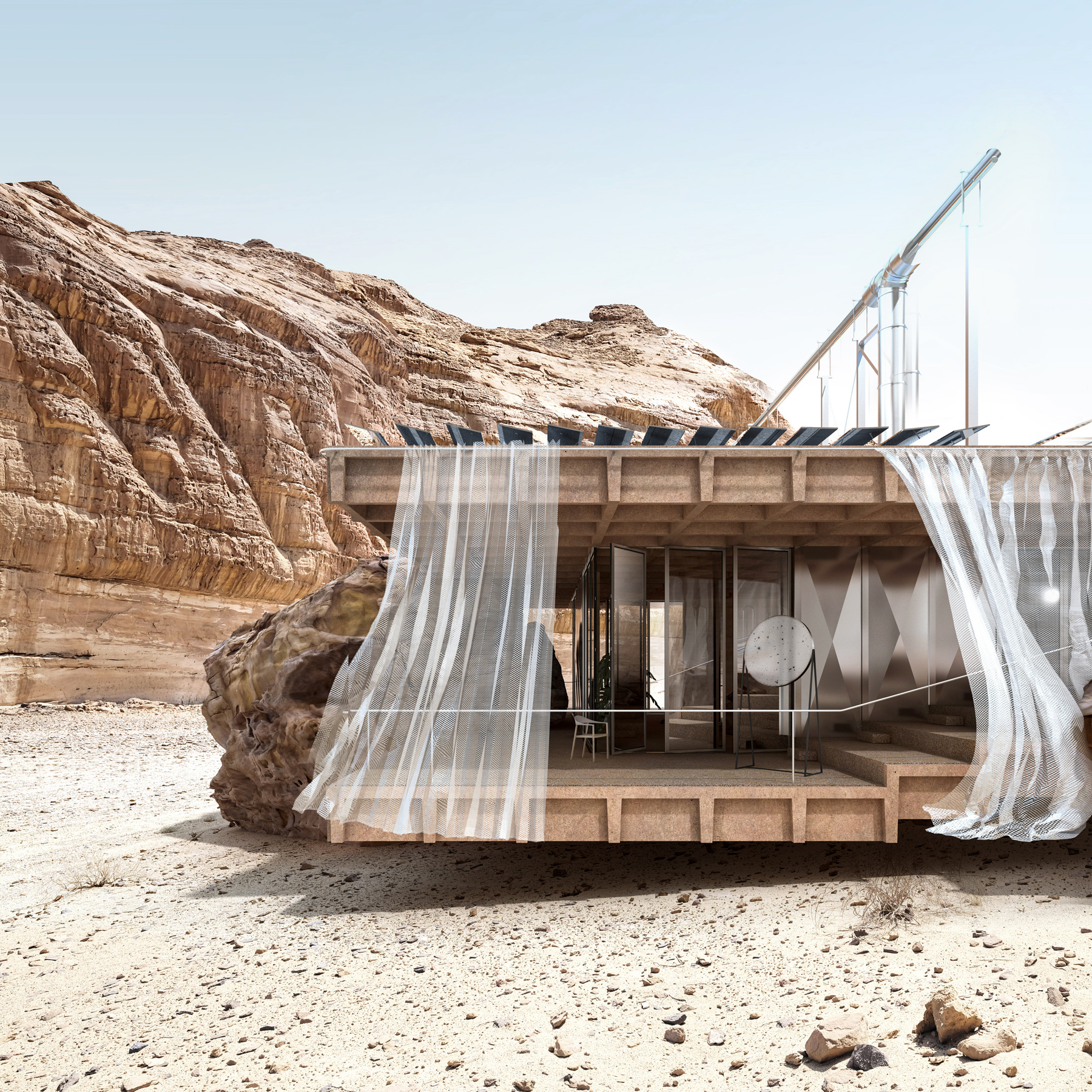 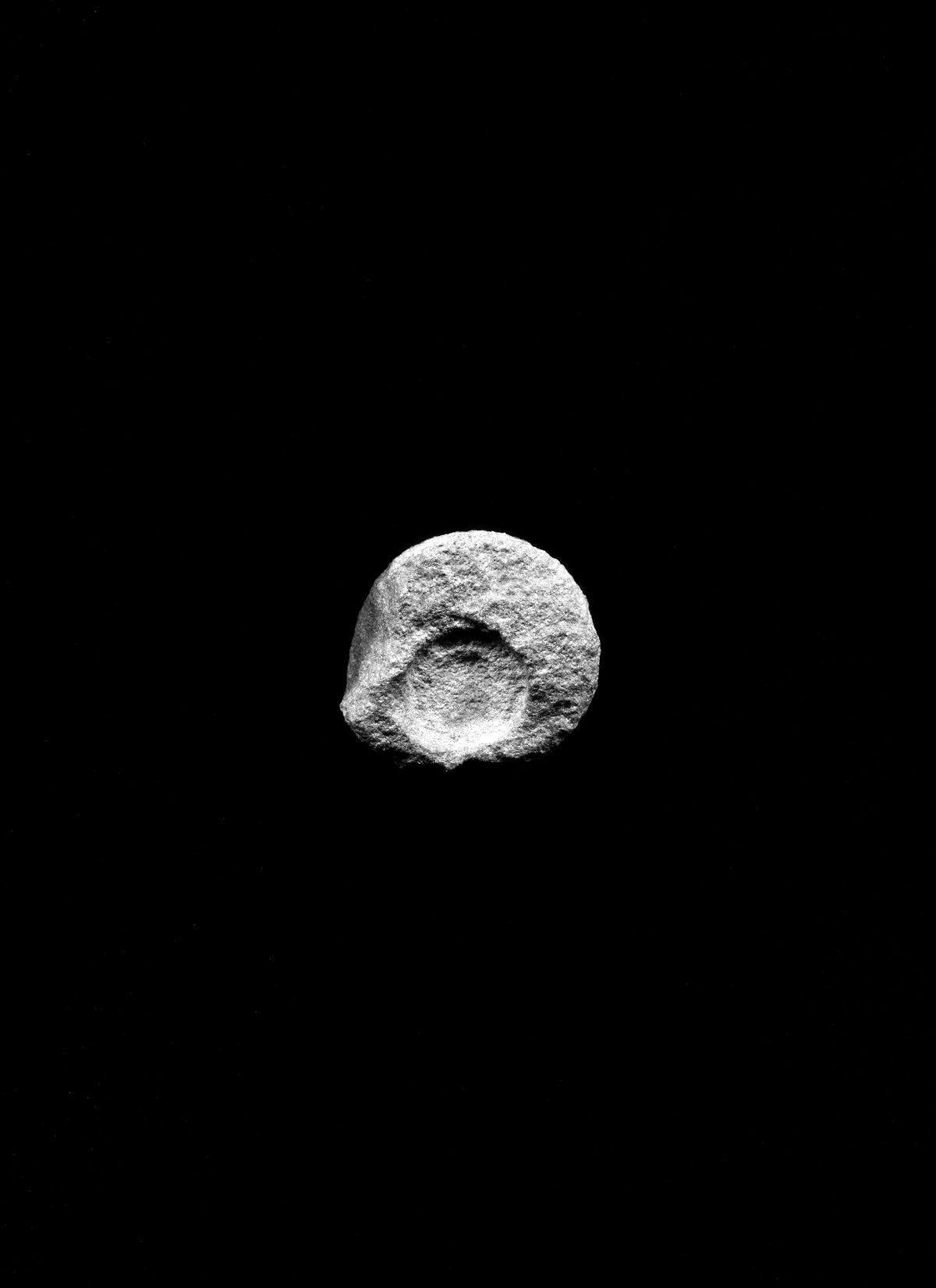 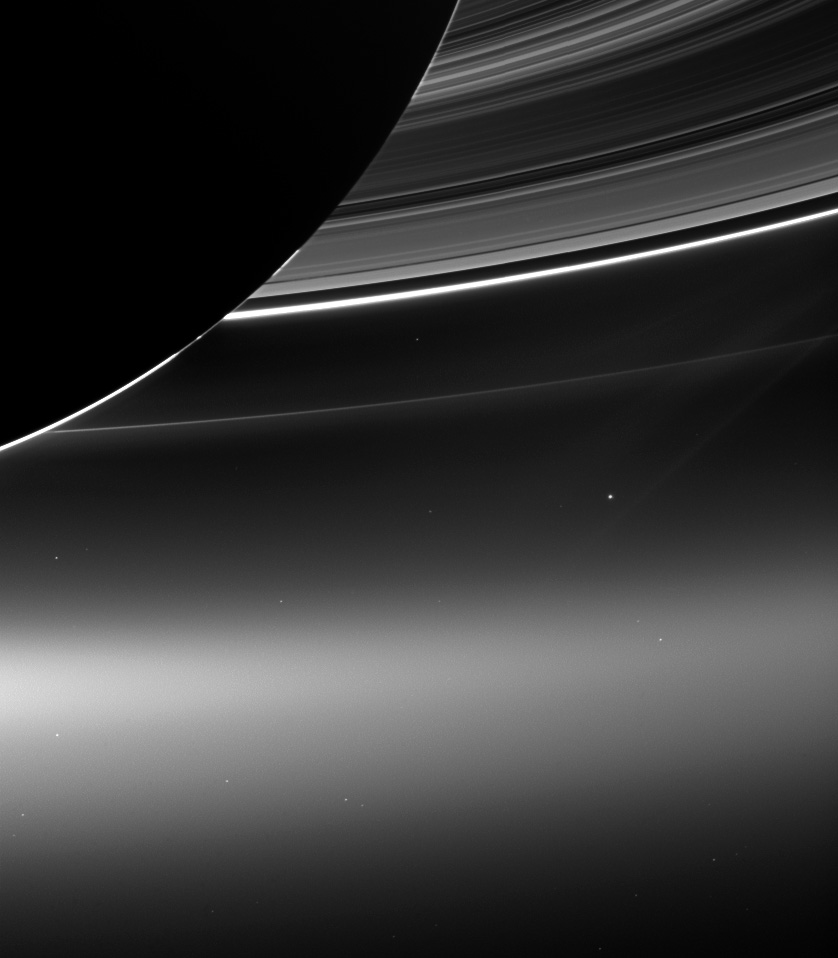 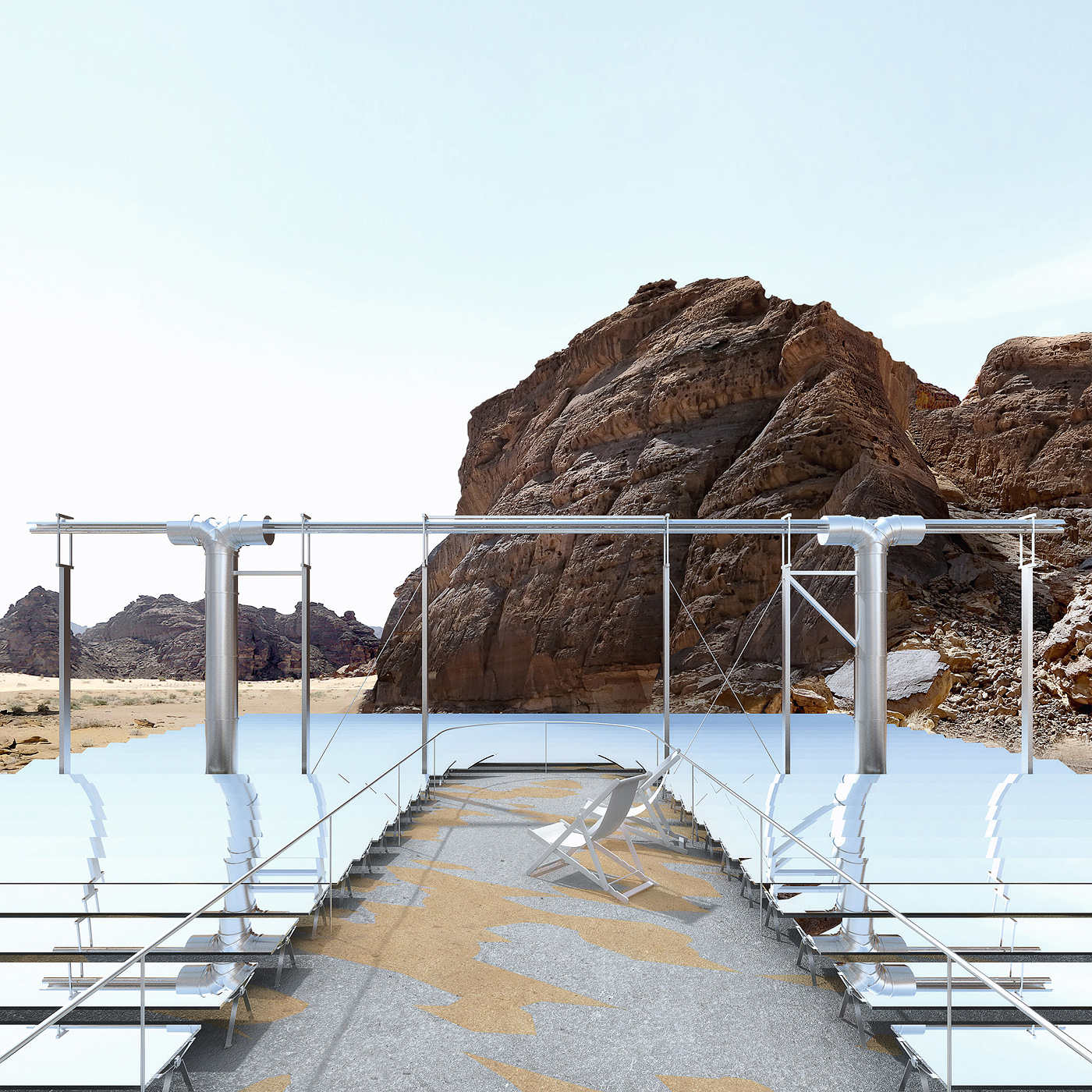 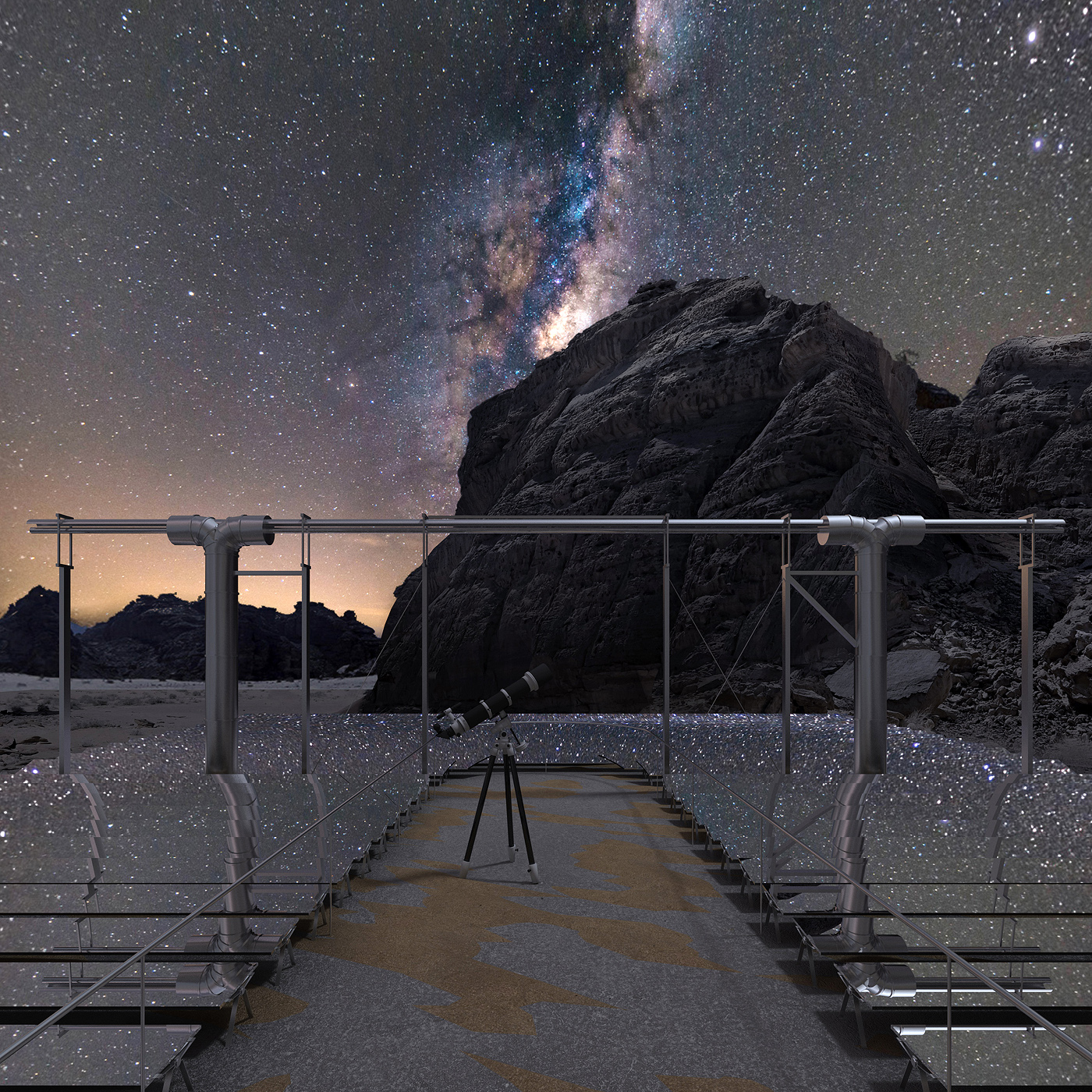 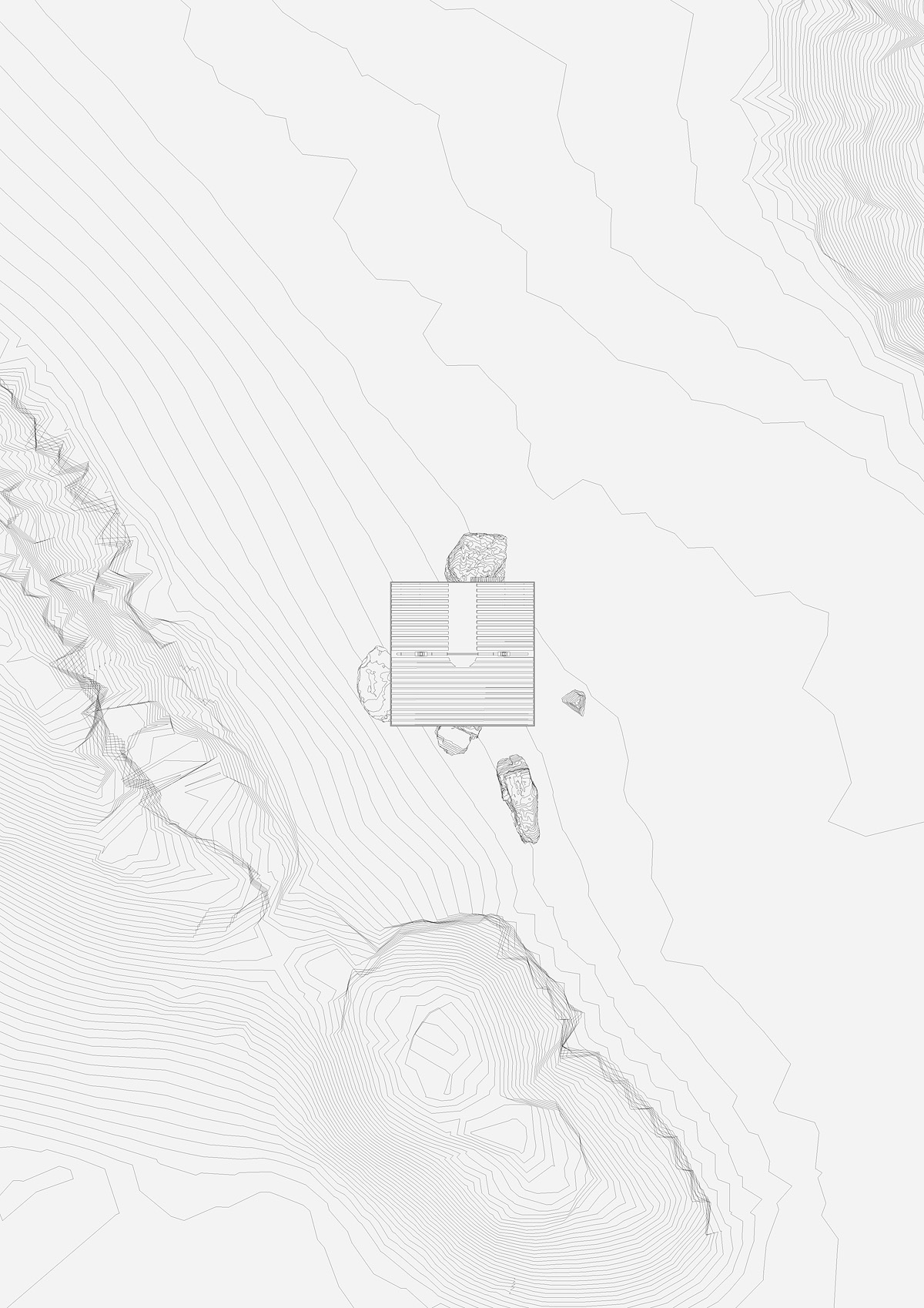 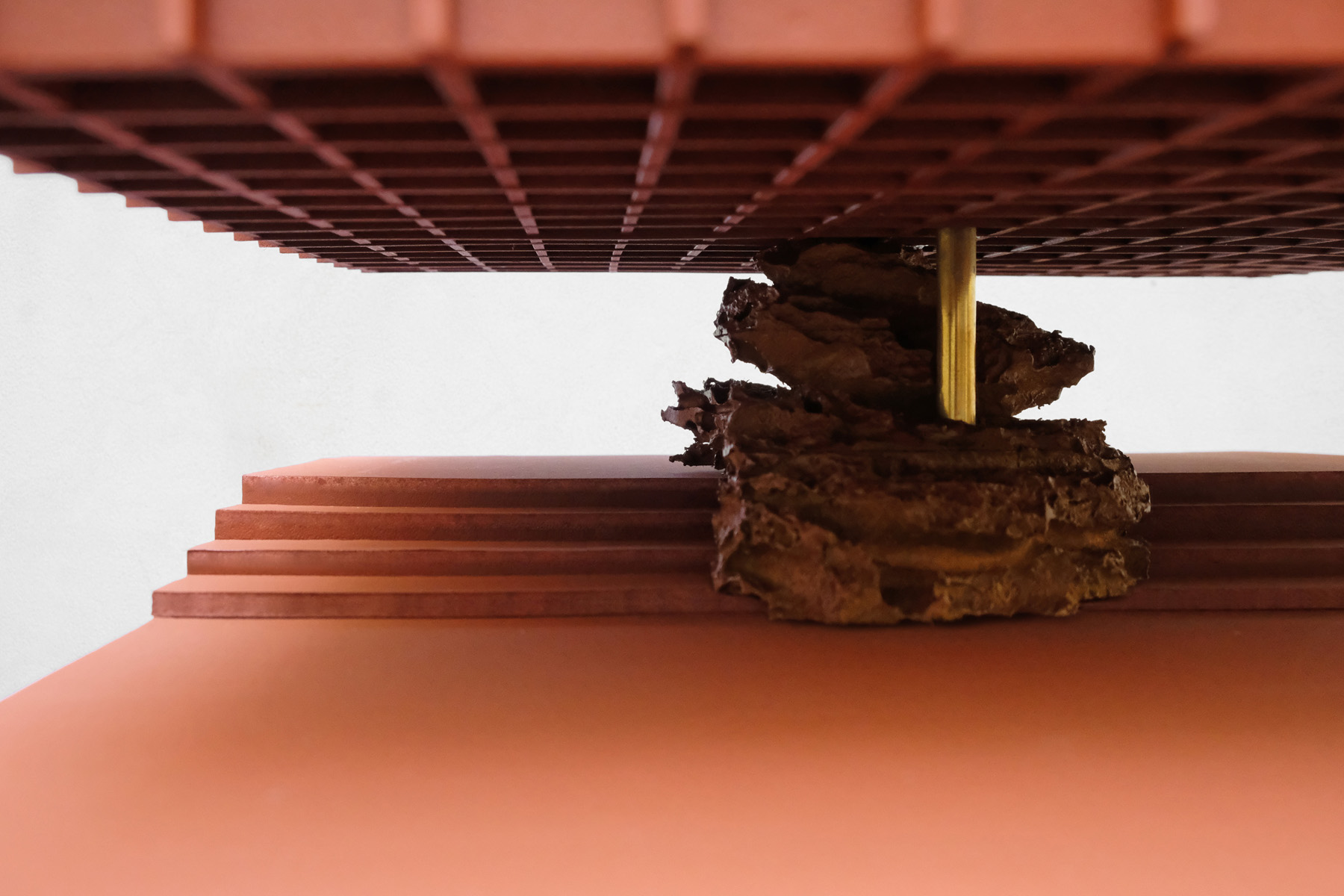 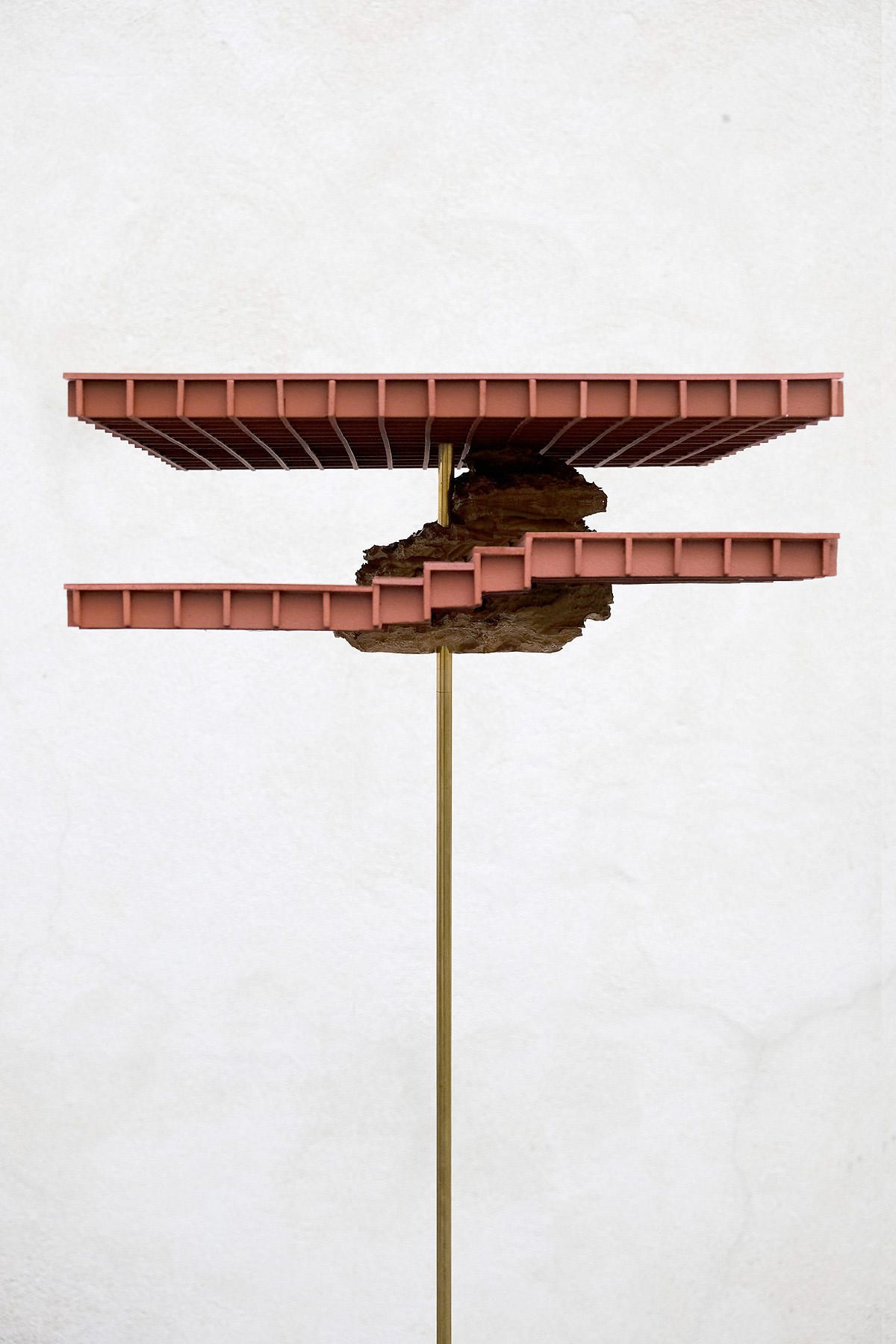 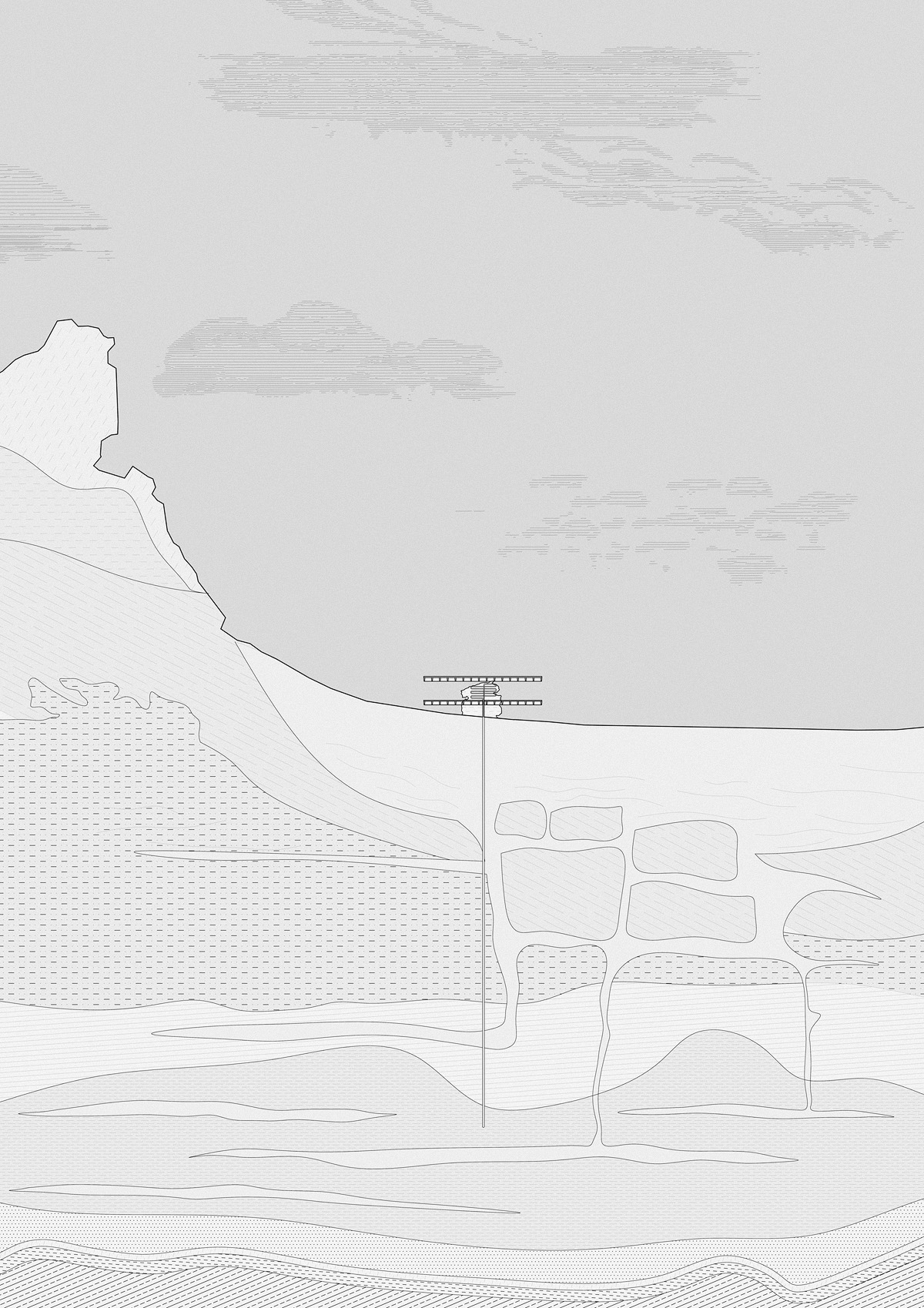 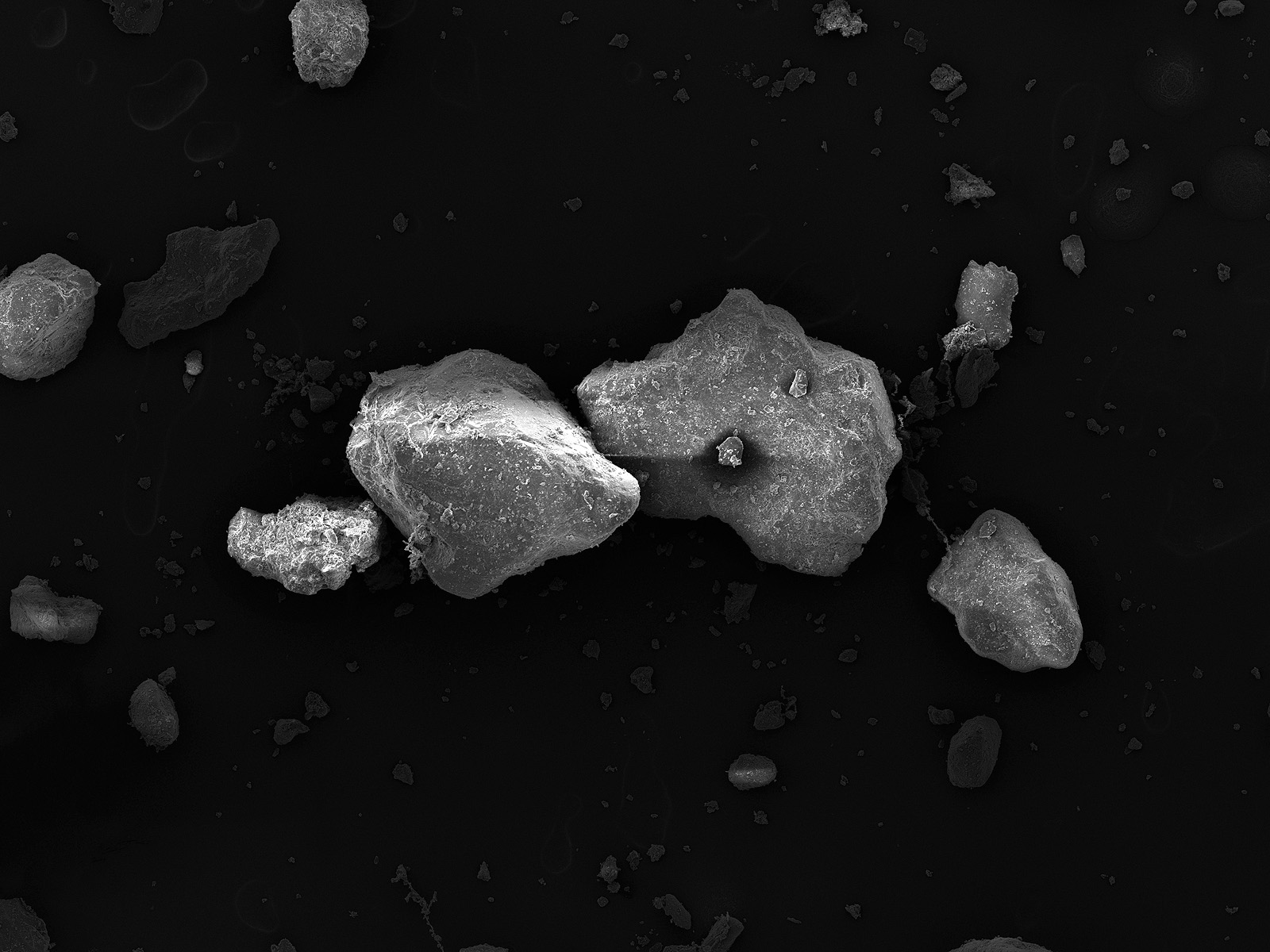 “Somewhere, something incredible is waiting to be known.” — Carl Sagan

In Al-'Ula, this incredible something is almost ready to be shared to the world. And it's not only in the beauty of its culture, of its tombs, of its landscape. It is, first and foremost, this specific relationship between the sky and the ground, between the deepest origins of the Universe, and the deepest beliefs of life and death. Al-'Ula makes us understand we are not strangers, we are part of a whole that goes way beyond our scale, way beyond our lifetime and a few centuries more. We truly belong to the highest stars and to the deepest rocks, all linked in a perfectly harmonious continuity for billions of years… we are just here, along the way.

As an artist and an architect, we both strongly faced this epiphany, here in the desert. Therefore, we worked completely collaboratively to enhance it, considering the project as a conceptual totality that blends and blurs the limit between art and architecture, from the conceptual ideas to the technical or structural solutions.

We found the material for the core idea of the project in this very continuity between zenith and nadir, sky and ground, atmosphere and minerals. The project emerges literally from it, it occurs at the interface of those two environments, using their constraints and resources (sunlight, stars, aquifer, rocks and sand) in the most radical way. Before being a house, the project is a precise articulation, a small parenthese to accommodate human life, for a short time, in this hostile climate, as efficiently as possible : a chilled meteorology occurs around one specific rock, made possible through the energy of the sun and temperature delta (ΔT) of the ground, between two neutral horizontal slabs. To reach this very simple effect, the project uses both the most local materials (rocks, local aggregate concrete, rammed earth…) and the most efficient materials (glass, stainless steel, aluminium structures…), that happens to behave in a thermally symmetrical way : high inertia for rocks, earth and concrete, and very low emissivity for metals and glass. This particular characteristic is here fundamental, and will be pushed to its maximum.

A la manière de Ray and Charles Eames' Powers of ten, we propose here to take a journey into our understanding of Al-'Ula, between the largest fathomable scale of the known Universe, to the smallest observable elements of rocks and dust found in the desert. Through the lens of astronomical devices and scanning electron microscope, we composed a artistict visual documentary of this journey in ten scales, both an inspiration and a conclusion for the project itself.

“The cosmos is within us. We are made of star-stuff. We are a way for the universe to know itself.” — Carl Sagan

In the vastness of the Al-Ula desert, the sky is a determining factor. Time indicator, oriented landmark, it is a moving map in itself which also graduates the contrast of the mineral landscape during the day, and becomes a fully-fledged immaterial landscape at night, among the clearest skies in the region.

Consequently, one of the most important resources here is the energy of the sun's rays, which are particularly intense and regular throughout the year. For housing, this resource is an opportunity, but it is also a constraint. The project directly takes advantage of this tension to make it an architectural expression: firstly by largely sheltering from the sun by a reflective roof and large peripheral overhang allowing the shading of all the facades (and thus limiting overheating), then using the reflected rays in a roof solar concentrator device to produce cold and electricity.
But the sky is also the atmosphere, the floating particles and the diffuse infrared which make this climate hostile. Often too hot, sometimes cold in winter, the climate of Al-'Ula forces the project to think about these thermal variations, and not to enclose the habitat in an airtight box: how to live within this atmosphere, without seclusion, while regulating it?

The majesty of the red sandstone cliffs raises questions about the sedimented and uneven composition of a topography which suggests a hidden complexity over several hundred meters deep. Under our feet, several rocks, hot and cold, wet or completely dry are waiting to be revealed, each at the best their characteristics.
Soil constitutes a wealth for Al-Ula, both a support for a history started more than 2500 years ago and an incredible energy and material resource in this desert territory. The delicate exploitation of this soil constitutes a stake in the future development of the site. The project of this house takes primarily this into account to build, from rocks, from local aggregates of concrete slabs, and from rammed earth of the walls. But more importantly, it seizes the opportunity to experiment with technologies based on the vernacular intelligence of the place, developed in particular by farmers. Geothermal drilling exploits the coolness of the groundwater, bringing it back up to the house, in stainless steel tubes which wind invisibly in its structure and visibly in the inhabited space. With scarce connections to the ground, the house however distances itself from it, sensitive to heavy flooding and constantly keeping by inertia the heat of the sun's rays on its surface.

The landscape here is beautiful everywhere, that's for sure. How could we possibly elect a place in particular? And if we do so, is there any reason to favor one direction more than the other? Revolving around a group of rocks that we careful reproduced and that will provide the primitive structure of the house as well as the cooling system, set on the gentle slope, facing the canyon, our location already tells a lot about the site, and we shouldn't go any further. From now on, let the landscape express itself freely, and let the structure and composition of the project be as neutral as can be, silent. The grid, as a geographer tool, as an objective device, is just a frame that allows diversity, complexity, variations of everyday life and of the beauty of the site.

The striking views, the complexity of the sandstones rocks, the jagged horizon, the slopes and other topographic variation only make us want to inhabit this landscape. Not a house set in the landscape, rather a landscape that is made inhabitable. Taking advantage of the grid system, with two structural waffle concrete slabs, we delicately connect to the existing rocks that act as structural columns. In plan as well as in section, this simple decision creates a frame for the landscape and an abstract plan to live in, around the main rock. Above the roof slab and below the floor slab are set all the machinery that complements this very rudimentary dispositive: heat pump, battery, water tank, solar concentrator… In between those two horizontal surfaces, one of them introducing a clear topographic variation, the life that happens is only about exploring this interior landscape that blurs the boundary with the exterior one, its thermal variations, differences in height, and changing light.
Main feature of this interior landscape, a roughly 250 tons (165m3) piece of sandstone, drilled in certains points to allow a cold piping system to go through, as well as it goes through the other massive (walls and slabs) elements of the house, lowering their matter to 15°C. Considered with its physical characteristics of conductivity and thermal diffusivity, the rock absordbs the heat to cool down the house in a passive way.
Within a generic grid of 125cm, this organic feature generates a diversity of spaces, various shapes and forms to inhabit. The grid disappear, the landscape remains,

Our approach of the environmental design in the project is fundamental to the general design. The cooling rock, literally in the center of the house, is considered as an inversion of the traditional heating hearth. Here instead, this negative hearth is internally refreshed using a mix of geothermal techniques and solar concentrator cooling to absorb most of the heat radiations of the space.

This technique, known as radiative cooling, was notably used in Persia to freeze water during the night, even if the air temperature was above zero. In our project, trying to perfectly understand the behavior of infrared waves, we take advantage of both the burning sun and the cold aquifer, the sky and the ground, to generate this chilled climate inside the house.

Secondly, the performance of our envelope design (separation between interior and exterior structure, large eaves that acts as sunscreen, efficient insulation) make our building well prepared for hot weather. The external metal mesh curtain, cutting roughly 50% of the sunrays, allows even more comfort by making possible to have very large pivot glass frame all around the house. Those triple glazing windows, with a special gradient coating that reflects infrared on the totality of the surface, and that reflects almost all electromagnetic waves (like a mirror) on the lower part, are particularly adapted to the specific shape of the house.

Electricity is produced by the solar concentrator, and kept in batteries below the house. Drinkable water is pumped and filtered from the aquifer, and a recuperation system is installed to avoid wasting water.

To sum it up, our climatic strategy is close to the description of the origin of environmental management by Reyner Banham, replacing the wood by the stone, and the heat by the cold :

"But, over and above considerations of this kind, one must observe a fundamental difference between environmental aids of the structural type and those of which the campfire is the archetype. Let the difference be expressed in a form of parable, in which a savage tribe arrives at an evening camp-site and finds it well supplied with fallen timber. Two basic methods of exploiting the environ-mental potential of that timber exist: either it may be used to construct a wind-break or rain-shed—the structural solution—or it may be used to build a fire—the power-operated solution. An ideal tribe of noble rationalists would consider the amount of wood available, make an estimate of the probable weather for the night— wet, windy, or cold—and dispose of its timber resources accordingly. A real tribe, being the inheritors of ancestral cultural predispositions would do nothing of the sort, of course, and would either make fire or build a shelter according to prescribed custom—and that, as will emerge from this study, is what Western, civilised nations still do, in most cases." — Reyner Banham

The structure of the project is thought to be as visually simple as possible, reducing the load bearing elements to a handful of conceptual elements. Favoring the local mineral materials for the main structure rather than lighter but non-local materials, we tend to produce an architecture that is heavy, rather permanent and that will age beautifully. The two concrete waffle slabs are designed to resist bidirectional forces, and don't requires many columns to stand. The dissociation of the internal structure to keep a continuous thermal envelope and benefit from thermal inertia, from the outer slabs is made possible by this simple structural system.
Inside, the slabs are hold mainly by the central rock, secondly by the four rammed earth walls. Those walls are made with traditionnal rammed earth technique, using local materials, by stacking layer of compacted earth. This secular technique, also know as pisé, allows a very good structural resistance in compression, but also an excellent thermal regulation, thanks to its inertia.
Outside, the slabs are supported by two other rocks, by four thin metallic walls (aligned with the rammed earth walls), and by another columns where the span is too large.
The metal structure walls are insulated and covered by highly reflective metal sheets, to prevent overheating.
This last and only columns, as a solitary object, has to be considered as an exception, and as such, it is designed more like a work of art in relation the beauty of the site and our artistic work : a vertical concrete disk, slightly hiding the bedroom and bathroom behind.